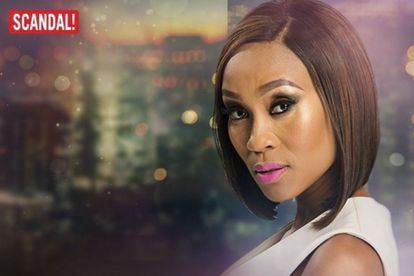 Viewers of e.tv’s Scandal! were devastated when award-winning actress, Kgomotso Christopher, left the show for M-Net’s Legacy in 2020.

WHY KGOMOTSO WAS BRILLIANT AS YVONNE LANGA

Christopher’s role, Yvonne Langa, was a popular vixen and viewers loved her because she executed the role to perfection.

The actress told Sowetan that she never worked a day on the show because she was doing what she loves.

“I’ve never worked a day on Scandal! because I did what I loved, and my artist-child was allowed to play freely; all that’s left to say is, thank you to the Scandal! and e.tv…”

She also said she experienced many career milestones, including her SAFTA Best Actress win and Best Supporting Actress nomination because of her role.

She left Scandal! in 2020 when Tshedza Pictures offered her the role of Dineo Price on M-Net’s Legacy.

Fans of the award-winning actress are now hoping that Christopher will return to the e.tv soapie as M-Net just canned Legacy, where the actress plays the role of Dineo Price.

The channel added that Tshedza Pictures Legacy will conclude shooting in February 2022 after two seasons on the air.

The show did not indicate when she will return and did not kill her character.

“As my last day in YV’s shoes approaches, I can’t help but reminisce about the thrill ride it’s been to navigate this gem of a character.”

“She was gifted to me by the dedicated and talented Scandal! writers.”

Christopher also stated that Scandal! will always hold a special place in her heart as she grew as an artist through the efforts, talents, and love of the cast and crew.

Kaizer Chiefs believe youth will power them back to the top