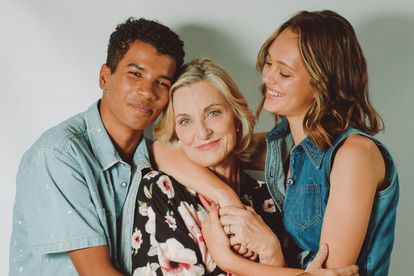 When the last episode of the first series of Alles Malan was televised in 2019, viewers were not ready to let go of the Malans and immediately asked for more. Now it feels like family that are back from a long vacation. A joyful reunion of loved ones.

Alles Malan | What you can expect in Season 2

Yes, the good news is that the second season of Alles Malan is starting on 30 November on kykNET (DStv channel 144). All the popular characters are back and like all other family dramas, there will be enough twists in the tale to keep viewers entertained for thirteen episodes.

Veteran actors Albert Maritz and Elsabé Daneel return as Derik and Brenda Malan. Ivan Zimmermann is the oldest son Frik and Nadia Valvekens is his wife, Tessa. Their two children, Elani and Freek, are played by Greteli Fincham and Mateo Olivier. Sean-Marco Vorster is the younger Malan son, Nico, and Nicole Fortuin is seen as his wife, Lee-Anne.

The directors are Corné and René van Rooyen and wrote the new season in partnership with Leon Kruger and Retief Scholtz.

“We try and test the Malan’s family relationships even further in the second season,” says René. “Nico and Lee-Anne is expecting their first child and Frik is struggling with a failing family business, Malan Vervoer, whilst Tessa’s career is going from strength to strength.

“We look at the changing role of men in modern Afrikaans families. What is the role of the father? What happens if a wife earns more than her husband? Then we have Brenda who wants to enter the business world, Elani who is torn between two men and Freek who is in love with the most popular girl in the school, but first he must get her our of the clutches of a bully.”

Catching up with the Malan family

The writers used experiences from their own lives as inspiration.

“The most important part of the script is that it must be personal, but familiar. Stories that we, as well as the viewers, can identify with,” says Corné. “We must see ourselves in these different scenarios.”

The Van Rooyen’s daughter, Hannah, was three months old when filming started on the second season of Alles Malan. Did becoming parents have an influence on how they look at family?

“Yes,” says René. “It was a life-changing experience. Corné and myself took turns to direct.

“One day he was on set and I worked at home, and the next day we switched roles. With 12 hour working days and babies who don’t sleep, we got even more respect for parents. But we also realised that without the strong support of your own family, nothing of this would have been possible.”

The new season was, as with the first, filmed in Paarl and Wellington.

“Drakenstein Municipality went out of their way to help,” says Corné. “Hugenote High School in Wellington was again very helpful in opening their school for us and families opened their homes for us to use. Paarl is a very warm and inviting town. I believe there are few places where a crew can have such a supportive film experience.”

What about the actors?

Some of the actors of Alles Malan also shared snippets of what fans of the popular show can expect in season 2:

“The first series was a near runaway train with a bunch of characters and their well nuanced personal traits,” said Albert Maritz who plays Derik. “The writers, directors, camera and team hold the reins nicely in keeping this journey on track. Look forward to new additions as some of the old gets radically intertwined in their own fight for survival.”

Nicole Fortuin, who plays Lee-Ann said that her character will go through a journey of intense transformation this season.

“Not only is she fairly newly married but she’s also a new mom in a very modern society. We see her face external pressures, internal pressures and try her best to navigate the world while maintaining her individuality. I think viewers will relate to a lot of what Lee-anne is going through!”