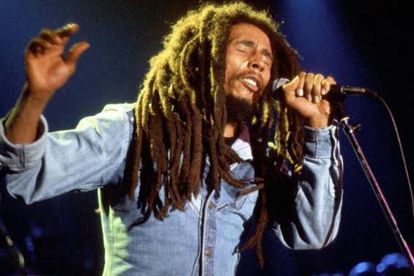 Take a look at some of Bob Marley’s most iconic tracks. Image via Twitter @ali_naka

Take a look at some of Bob Marley’s most iconic tracks. Image via Twitter @ali_naka

Wednesday 11 May marked the 41st anniversary of the death of legendary reggae singer, Bob Marley. The award-winning singer-songwriter, also known as a reggae pioneer, paved the way for several artists in the genre to express themselves through song and inspired many with his heartwarming lyrics.

To celebrate Bob Marley’s incredible legacy, here are six of his most iconic songs.

Is This Love is one of Bob Marley & the Wailers’ most popular tracks. The song was released on the legendary band’s 1978 album, Kaya. The love song has been covered by several artists including Rihanna, Adam Lambert and Corinne Bailey Rae who won the Grammy Award for her cover in 2012.

LISTEN TO ‘IS THIS LOVE’ HERE

Bob Marley & The Wailers lifted the world up with their single, Three Little Birds. The track, released as part of the group’s 1977 album, Exodus was partly inspired by Marley’s love for birds that used to sit next to his home.

As per Smooth Radio, Marley’s long-time friend, Tony Gilbert said: “Bob got inspired by a lot of things around him, he observed life. I remember the three little birds. They were pretty birds, canaries, who would come by the windowsill at Hope Road.”

Redemption Song, released in 1980, formed part of Bob Marley & The Wailers’ 12th album, Uprising. The most popular lyrics from the song: “Emancipate yourself from mental slavery”, were taken from Jamaican activist Marcus Garvey’s iconic 1937 speech in Nova Scotia, Canada.

Bob Marley & The Wailers’ Satisfy My Soul formed part of their album, Kaya. The song was originally recorded as Don’t Rock My Boat and then re-recorded as Satisfy My Soul in 1977 to be released the following year as part of Kaya.

Concluding our list of Bob Marley’s most iconic songs is No Woman, No Cry. The track is described as one of Marley’s “most enduring” songs. As per Genius, the song is a reminder to the woman in his life to remain positive.