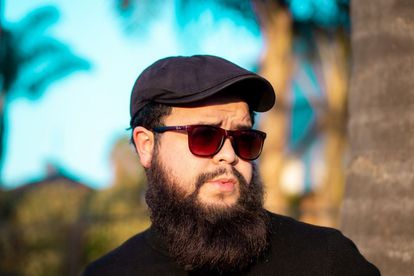 You may not have heard of him, but you have probably heard his viral amapiano track Straight Outta Reiger Park (Wie Se Kind Is Die). Meneer Cee’s track took South Africa by storm when it was released last year and it sparked a dance challenge on TikTok that accumulated over 27 million views.

He has collaborated with the likes of Mellow & Sleazy and DaLootz and plans to do big things in amapiano!

WHO IS MENEER CEE?

Dalmaine Cochrane Jr better known as Meneer Cee was born and bred in Reiger Park, Boksburg. Speaking to YFM, he jokingly said was probably even made there! Before diving into amapiano, Meneer Cee was a comedian. After two years of sharing comedy sketches online, he decided it was time to release some music. When he is not making hot amapiano tracks, the 25-year-old is a school teacher.

Meneer Cee also goes by Big Afrikaans and explained that it is an extension of him.

He shared the news earlier this year writing: “I dedicate this Gold plaque to everyone that downloaded, danced, vibed and rocked with me from the Get-go.”

Meneer Cee expressed that he was keen on collaborating with Sama award-winning musician Kurt Darren and says he sees his music hitting the mainstream Afrikaans market, hoping that the Afrikaans community will jam along to his music. “That’s my vision,” he said.

The star musician is also fond of wearing farmer attire and shared the inspiration behind it.

“I believe nothing encompasses Afrikaans more than the farmer’s outfit, veldskoen vibes. So it’s like you take two extremes, one being the farmer’s outfit and then you have this emerging sound… The sound of the youth, amapiano. You put those two together and it’s like a pot of chicken curry!”

Not only does Meneer Cee rap in Afrikaans but he also incorporates Zulu in his lyrics. He shares freestyles on his YouTube page rapping over popular amapiano songs.

Check out his freestyle over the beat of DJ Maphorisa and Tyler ICU’s Izolo.

He collaborated with Chizzo and Shay Moc on his latest single Babalazi. The single was released on 23 July. Directed by Dream Killaz Records and Finesse Digital, the Babalazi music video has been viewed over 20 000 times.

Stay tuned because he has an album coming out soon!