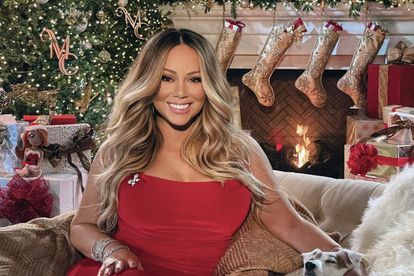 Mariah Carey’s ‘All I Want For Christmas’ is number 1 on the Billboard Hot 100. Image via Twitter @MariahCarey

Mariah Carey’s ‘All I Want For Christmas’ is number 1 on the Billboard Hot 100. Image via Twitter @MariahCarey

Mariah Carey’s All I Want for Christmas is You has set a new chart record.

The festive pop song – which was written by Carey back in 1994 and has charted every year since – has hit No.1 on the Billboard Hot 100 for the third time and in doing so has become the first song in the history of the chart to have three separate runs in the top spot.

“Yes! I can’t even know what to say. The kids just woke me up with confetti, [Bryan] Tanaka brought in two mimosas – one for me, one for him. This type of news – it’s never like ‘Oh my God, I’m so bored of this news’ – to have another Billboard Hot 100 [number one] with this song that means so much to me – I can’t even, I literally don’t know what to say,” said Carey.

The 52-year-old pop star went on to thank listeners around the world for their support over the years, and gave special mention to the Lambily – the name she gives to her superfans, a combination of the words “lamb” and “family.”

Speaking on a voice note posted to Twitter, she gushed:

“I’m just so thankful. I really am thankful – especially the Lambily because you guys never ever gave up on me, with this song especially. I think people supported it through good times, bad times, whatever. I love you. Merry Christmas. Cheers you guys. I cannot thank you enough. “

The song was originally written for Mariah Carey’s fourth studio album Merry Christmas and reached #12 on the charts, hitting the top 10 for the first time in 2017, before hitting the top spot in 2019 and 2020.