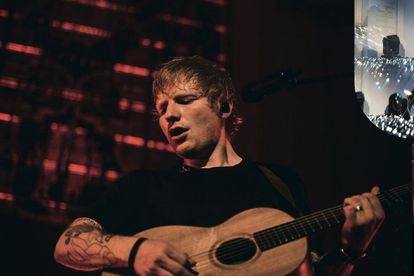 Ed Sheeran’s touring profits have taken a hit due to Covid. Image via Twitter @iheartradio

Ed Sheeran’s touring profits have taken a hit due to Covid. Image via Twitter @iheartradio

Ed Sheeran’s touring profits plummeted due to the COVID-19 pandemic.

ALSO READ: Harry Styles is set to release his third album in early 2022

A source said: “Ed’s accounts for his company Hayagotatourboi Touring make for funny reading. He has absolutely raked it in from his tours and in the past three years the firm has made more than £250million (R5,2 billion).”

The source said that the drop in earnings equates to just £1.62 (R34) per day, a stark contrast to his Divide tour, which became the highest-grossing of all time with 8.9 million tickets sold.

Speaking to The Sun’s Bizarre column, the insider added:

The Bad Habits hitmaker stepped back from touring to work on his latest album Equals, which is also thought to be partly responsible for the drop in earning – but with Ed set to hit the road again in 2022, it is predicted that the tour earn “more cash than ever before.”

“Taking a break from music in 2019 and working on Equals is the reason the cash flow in the account has dropped down. Ed will go back out on the road next year with his + – = ÷ x tour, and given it will have been three years since his last tour, it’s likely he’ll make even more cash than before,” said the source.