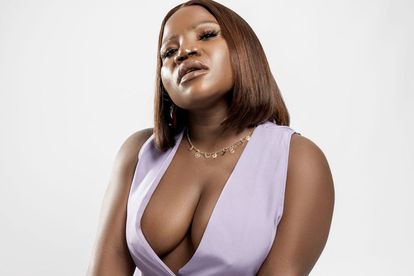 Limpopo-born singer-songwriter Makhadzi is taking the world by storm with her energetic performances and chart-topping singles. The Ghanama hitmaker is currently on her first-ever international tour and performed her first show in Canada on Saturday 16 July. The singer will be heading to Ottawa, Canada and to the United Kingdom for more live shows.

ALSO READ: ‘I had a mini incident’: Makhadzi worries fans after injuring her head [watch]

After jetting off to Canada in business class, Makhadzi performed her first show at the Canada & Ottawa African Festival in Vancouver. The singer performed her hits, Ghanama, MaGear featuring Mr Brown and many others.

Makhadzi gave nothing short of a superstar performance for the Canadian crowd. One fan even waved a South African flag while she performed, MaGear.

Sharing the video of her performance, the singer wrote: “The owner of the show says he [has] never seen such energy. South Africa, we are winning.”

TAKE A LOOK AT SOME SNAPS FROM HER TIME IN CANADA

According to SowetanLive, Makhadzi was allegedly no-show at her gig in Limpopo in May. The publication further reports that the singer’s record label, Open Mic Productions, has been slapped with a letter of demand from Paledi Events Management who is demanding R159 000 from them.

Taking to Instagram on Wednesday 20 July, Makhadzi said she would never pull a no-show on purpose.

“I don’t take people’s money. A company takes all the bookings on my behalf. They don’t pay me for work I didn’t do…All the money in my account I worked for it. I have been promoting my UK and Canada tours for months…”

“All of a sudden there is a show I was supposed to be at that I didn’t even know about and I am dragged. Reporters should also verify and understand these documents they’re sent… I understand it will make news with the name Makhadzi but I do not swindle people’s money.”

ALSO READ: Who did it first? Makhadzi accused of ‘stealing’ Malawian muso’s ‘MaGear’

This year, Makhadzi received her first-ever South African Music Award (SAMA) nominations. The performer is up for three awards including SAMPRA Artist of the Year and Music Video of the Year for Ghanama featuring Prince Benza.

A representative for Open Mic Productions told Daily Sun that it was a big achievement for Makhadzi.

“Especially because the SAMAs are a big local brand and for her to be part of it is a big deal.”