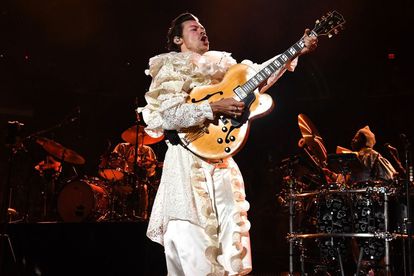 Since leaving the chart-topping boy band One Direction, Harry Styles has made quite the impact with his two solo albums. After two world tours and a few awards, English singer-songwriter is gearing up to release his third studio album, Harry’s House on 20 May. The question is, what can fans expect?

Harry Styles’ self-titled debut album was released in May 2017. The 10-track album debuted at number one in several countries including the United Kingdom and Australia. Two of the most popular singles from the album were Sign of the Times and Sweet Creature.

His second album, Fine Line was released in 2019. The album included his smash hit, Watermelon Sugar. He won the Grammy Award for Best Pop Solo Performance for the single.

Taking to Instagram on Wednesday 23 March, the 28-year-old singer announced his third studio album titled Harry’s Home. While he didn’t share much information about the upcoming release, he shared a stunning teaser of the album on YouTube.

The 40-second teaser includes clips of nature, the fast city life and Styles’ roaring fans. Towards the end of the clip, Styles stands on an empty stage.

Harry’s Home is set to be released on Friday 20 May.

While expressing their excitement for Harry Styles’ new album, one tweep pointed out that Styles announced the album on the anniversary of Zayn Malik’s unexpected exit from One Direction.

“How sad is this album going to be? Drop a single please bestie, I need to be prepared,” wrote another tweep.

“Hello Harry, I am so excited for the album! I’m really proud of you and I love you with all my heart!”

The R74 MILLION lotto winner played via the FNB app