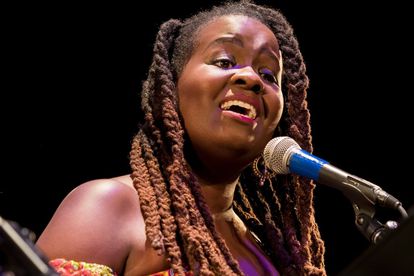 Somi will be performing at the State Theatre in Pretoria on Sunday 27 March. Image via Getty Images Photographer: Jack Vartoogian

Somi will be performing at the State Theatre in Pretoria on Sunday 27 March. Image via Getty Images Photographer: Jack Vartoogian

Following a sold-out performance at the Apollo Theatre in New York, Somi will be performing some songs from her new album at the State Theatre in Pretoria on Sunday 27 March. She told IOL that she hopes the performance will inspire Miriam Makeba’s fans to revisit her repertoire in new ways.

South African singers Thandiswa Mazwai and Msaki joined Somi on stage for her performance at the Apollo Theatre in New York on Saturday 19 March. American jazz singer Dianne Reeves was Somi’s special guest for the evening.

Taking to Instagram before the performance, Somi wrote: “What an honour to uplift the life and legacy and [the story] of the great Miriam Makeba on such a historic stage with these extraordinary women who loved her dearly and inspire me deeply.”

A post shared by S O M I (@somimusic)

A post shared by S O M I (@somimusic)

As per IOL, Somi last visited South Africa in December 2019 and she is elated to return. Speaking on her upcoming performance at the State Theatre in Pretoria, Somi hopes that the Mzansi audience will understand the intention behind her album, inspired by the iconic Miriam Makeba.

“I think she is such an icon and so loved that I am not coming to shift that view. South Africans love her fiercely and I understand that deep connection to her voice, how she used it on behalf of the people and the struggle, I don’t take that lightly at all,” said the 40-year-old singer.

“Hopefully people will hear how her voice has inspired my own voice and located itself in all these other parts of the continent and the world.”

WHAT TO EXPECT AT THE STATE THEATRE

Ladysmith Black Mambazo, Msaki, jazz pianist Nduduzo Makhathini and Angélique Kidjo will all be joining Somi on stage at the State Theatre.

Tickets for the show start from R75 and are available here.