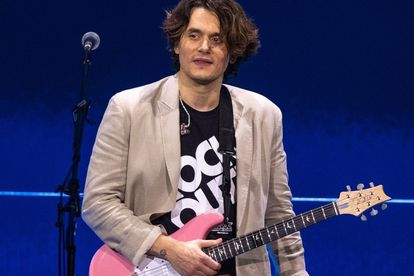 John Mayer has been named one of the greatest live acts in the world. Image via Getty Images. Photographer: Emma McIntyre

John Mayer has been named one of the greatest live acts in the world. Image via Getty Images. Photographer: Emma McIntyre

Forbes has named John Mayer, Eminem and Beyoncé as three of the best performers in the world for the last 30 years. While some music fans might think the likes of Michael Jackson, Elvis Presley and Madonna should’ve made the list too, there was specific criteria the publication adhered too.

Fobes notes that the only criteria while selecting a list of best performers, was that their debut album must have been released in the last 30 years.

The publication used Fantasy Football rankings to rank these phenomenal artists and also mentioned why music fans HAVE to see them in concert.

Forbes selected Mayer, Eminem and Beyoncé as their top three mentioning that all three of them have “their own unique skill that distinguishes them as a truly great performer.”

“That is the case for every artist that makes this list,” highlights the publication.

American singer-songwriter John Mayer takes the top spot on Forbes’ list. Mayer, who has been active in the music industry for more than two decades, performs the rock, pop and blues genres. The Grammy-winning singer has released eight albums over the years. Forbes praises Mayer’s “superior musicianship”.

Next on the list is Eminem, who Forbes noted as “the biggest rock star of the 21st century”. The publication praised his “intensity and ferocity” on stage.

It may come as no surprise that Beyoncé has been named one of the best live acts in the world. She blew the world away with her Coachella performance in 2018.

Legendary rock band, Foo Fighters, is also in the tier one category.

Take a look at all the tier two artists here: