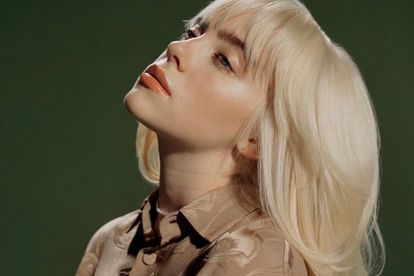 Billie Eilish is set to make history as the youngest performer at the Glastonburg Festival on Friday 24 June. Image via Twitter @juswantedmesafe

Billie Eilish is set to make history as the youngest performer at the Glastonburg Festival on Friday 24 June. Image via Twitter @juswantedmesafe

American singer-songwriter Billie Eilish has had an exceptional year so far. The Ocean Eyes hitmaker won her first Oscar Award for her original song, No Time To Die for the action-packed James Bond film of the same name and headlined the Coachella Valley Music and Arts Festival in California.

On Friday 24 June, Eilish will become the youngest headliner at the Glastonbury Festival, one of London’s most popular music events.

At 20 years old, Billie Eilish became the youngest headliner at Coachella earlier this year. Eilish, who made her Glastonbury debut in 2019, will achieve the same at the United Kingdom-based music festival on 24 June.

Speaking to The Guardian, Eilish’s mother, Maggie Baird, said the achievement is “a very pinch-me moment”.

“People always ask: ‘How do you feel on this momentous day?’ But as a parent, everything your kid does from the beginning is kind of amazing. I was blown away when she was playing the little club in our tiny area of Highland Park [in Los Angeles]. It just stays mind-blowing,” said Baird.

The Glastonbury Festival kicked off on Wednesday 22 June and is set to wrap up on Sunday 26 June. The likes of Kendrick Lamar, Lorde, Diana Ross and Little Simz are all set to take the stage.

TAKE A LOOK AT HER 2019 PERFORMANCE HERE

While in Europe, Eilish is on the last few shows of her Happier Than Ever World Tour, named after her second studio album released in 2021.

The muso kicked off the European leg of her tour in Belfast on 3 June and has been performing in Manchester, London, Glasgow and Paris.

The 20-year-old star will be wrapping up the tour in Zurich, Switzerland on 2 July.

While at Coachella in April, Billie Eilish, much like other festival-goers, wanted the opportunity to explore the festival, so she convinced one of her dancers to dress as her stunt double.

“We got a black wig and we put buns in it and we gave her a mask and sunglasses,” she told Apple Music as per IOL.

“Everybody thought it was me. I put on a big black coat and a traffic vest, hood and glasses.”