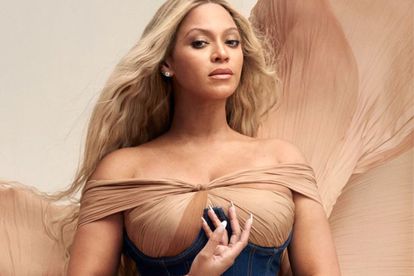 A source revealed that Beyoncé’s upcoming album, ‘Renaissance’, will have a few references to South African pop music. Image via Twitter @BeyLegion

A source revealed that Beyoncé’s upcoming album, ‘Renaissance’, will have a few references to South African pop music. Image via Twitter @BeyLegion

28-time Grammy winner Beyoncé stunned the world with her dance-inspired single Break My Soul, which was officially released on Tuesday 21 June. This marked her first original song release since Be Alive in November 2021 for the Will Smith-led film about the Williams sisters, King Richard.

After South Africans were convinced that Beyoncé was inspired by late pop star Brenda Fassie for her Break My Soul album cover, a source told Metro that the 40-year-old’s upcoming album Renaissance will have references to South African pop music!

WHAT TO EXPECT FROM ‘RENAISSANCE’

Beyoncé announced the release of her seventh studio album, Renaissance on her social media bios before officially releasing Break My Soul. The album is set to be released on 29 July.

“She also wanted to honour artists like Brenda Fassie so there will be references to South African pop music all across the album. Some of her music videos touch on 90s supermodel glamour and she’s planning to work with some Brits on her new videos and performances,” said the source.

The-Dream worked with Beyoncé on her 2008 smash hit Single Ladies (Put a Ring on It) and her emotional ballad, Smash Into You.

A few Mzansi tweeps questioned if Beyoncé was inspired by Brenda Fassie for the Break My Soul album cover.

One tweep wrote: “Is she chanelling Brenda Fassie?”

Following the announcement of Renaissance, tweeps are taking to Twitter to express their excitement about the upcoming release.

“Do y’all think we might get some Brenda Fassie vibes in the Break My Soul music video or a sample on one of the songs on the album?” wrote one tweep.

“Renaissance would be the perfect album for a Beyoncé/Solange collab,” wrote another tweep.

“Beyoncé gotta incorporate aspects of the Harlem renaissance in this album.”