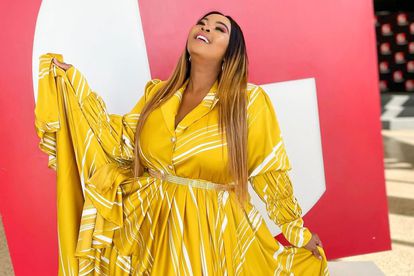 Rising afro-soul singer SPHEMusic is taking Mzansi by storm with her soulful vocals and incredible lyrics. The KwaZulu-Natal-based singer released her music video for her chart-topping hit Khuluma featuring Mondli Ngcobo on Tuesday 21 June and said it was “a dream come true”.

Siphelele Sokhela, best known as SPHEMusic kicked off her music career at 16 years old, working with some of Mzansi’s biggest names. She has collaborated with her older brother, DJ Sox and DJ Bongz on his hit track, As Long As You Love Me.

Having grown up in the music industry, the 33-year-old has collaborated with the likes of DJ Tira Kalawa Jazmee and Phila Madlingozi, son of local muso, Ringo Madlingozi.

After completing her BCom degree in Marketing Management at the University of KwaZulu-Natal, SPHEMusic went out and started living her dreams as a musician!

SPHEMusic released the music video for her single Khuluma on 21 June. The single, featuring Mondli Ngcobo, debuted at number six on the Gagasi FM charts before soaring to the number one spot.

The talented musician explained that the concept for the single came from Mondli Ngcobo, who speaks of a woman’s true feelings whilst being pursued.

In the song, SPHEMusic also captures how a woman feels when a man hesitates to declare his love for her and says the story resonates with many South African women.

SPHEMusic also describes Khuluma as a “beautiful journey”, adding that love is one of the most beautiful things in the world.

“With this song, we wanted to capture a woman’s anticipation when a man hesitates to declare his love for her – essentially the beginning of a potential love story with might never be,” she said.

SPHEMusic is gearing up to release her debut album later this year.