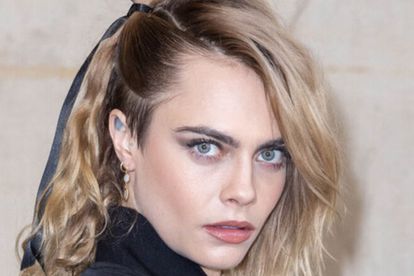 Cara Delevingne, who identifies as pansexual, says growing up queer was ‘isolating’. Image via Twitter @US_CARA

Cara Delevingne, who identifies as pansexual, says growing up queer was ‘isolating’. Image via Twitter @US_CARA

In 2020, English actress Cara Delevingne came out as pansexual and said she was just attracted to just “the person”. The Suicide Squad actress told The Sunday Times that she felt isolated growing up as a queer child but her two older sisters, Poppy and Chloe did their best to be there for her.

Cara Delevingne told Variety that when she was 11 years old, she had a best friend she connected with on a deep level. “I remember realising, ‘I like her more than she likes me.’”

She added that holding in her sexuality was the reason she “exploded mentally”. “I’m not ashamed of it. I wear my scars like it’s jewelry,” she added.

The 29-year-old actress had her first relationship with a woman when she was 18.

CARA DELEVINGNE ON HER SISTERS SUPPORTING HER

Navigating sexuality was not easy for Cara Delevingne but she told The Sunday Times Newspaper that her older sisters, Poppy and Chloe, were supportive of her sexuality.

“Growing up as a queer child was isolating and hard to navigate at times. My sisters did their best to be there for me but it was something I had to go through myself to truly know who I was.”

“I’m still on that journey and will continue to be for the rest of my life.”

Cara Delevingne and Sienna Miller were spotted “making out” at Temple Bar in New York. A source told Page Six the two were at the bar with some of their friends and sat at the corner table.

The source added that it seemed like the actresses “were together” but Miller made out with another man at their table.

“It was like a fun night out,” said the source.

The two actresses previously locked lips at the Met Gala in 2013 and attended the fashion event together.