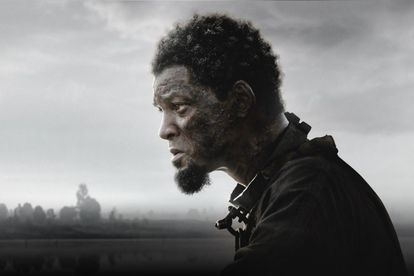 The official trailer for Will Smith’s latest movie, ‘Emancipation’, has been released. Take a look. Image: Supplied/ Apple TV

The official trailer for Will Smith’s latest movie, ‘Emancipation’, has been released. Take a look. Image: Supplied/ Apple TV

Forget about the infamous Slapgate; Will Smith might win another Oscar anyway…The award-winning actor’s first big screen role since that Chris Rock slap at the Oscars, Emancipation, will be released in limited theatres on 2 December and begin streaming on Apple TV on 9 December.

The official trailer features intense new footage from the historical slavery drama. This might just very well be Smith’s Hollywood comeback role. And even though Rock might not agree, director Antoine Fuqua calls the superstar the “nicest person I’ve ever met in my life”.

ALSO READ: From Hollywood to Bollywood: Is Will Smith on a spiritual journey in India?

Will Smith as ‘Whipped Peter’ in ‘Emancipation’

Emancipation — written by William N Collage — stars Smith as a real-life runaway slave who joins the Union Army to fight his oppressors during the American Civil War.

According to the official synopsis of Emancipation, the film is “inspired by the 1863 photos of ‘Whipped Peter’, taken during a Union Army medical examination, that first appeared in Harper’s Weekly. One image, known as ‘The Scourged Back’, which shows Peter’s bare back mutilated by a whipping delivered by his enslavers, ultimately contributed to growing public opposition to slavery.”

ALSO READ: ‘He called for 10 days’: Will Smith and Floyd are ‘homies’ now

The three-minute-long trailer shows Smith’s character running through the swamps of Louisiana to evade a persistent slave hunter (Ben Foster) and serving in the Union Army in the hope of returning to his family.

“Emancipation tells the triumphant story of Peter, a man who escapes from slavery, relying on his wits, unwavering faith, and deep love for his family to evade cold-blooded hunters and the unforgiving swamps of Louisiana on his quest for freedom,” the official description continues.

Smith: ‘This is not a film about slavery’

The screening was followed by a question-and-answer session with Smith and Fuqua. Vanity Fair reported on Smith saying that he had been resistant to slave stories throughout his entire career.

He also spoke about how the image of Whipped Peter was arguably the first viral photograph in history.

Emancipation is Smith’s first film since he slapped comedian Chris Rock at the 2022 Academy Awards and won the Best Actor Oscar for King Richard.

Smith resigned from the Academy and is persona non grata at the Oscars ceremony for 10 years as a result of the infamous slap which was triggered by Rock’s remark about his wife Jada Pinkett-Smith’s hair loss due to alopecia.

The 54-year-old King Richard star took to his Instagram on Friday 18 November to post a shirtless picture, offering fans a behind-the-scenes glimpse of the “WILD” makeup from his upcoming film.

In the caption of the post, Smith gave a shout-out to his makeup artist Judy Murdock:

“Judy’s done my makeup on almost all my movies and lemme tell you, she went WILD on #emancipation.”

ALSO READ: ‘First time I’ve ever seen him go off’: Will Smith’s mom on his Oscars slap

Praise for Will Smith: ‘Nicest person I’ve ever met in my life’

In an interview with Vanity Fair, director Fuqua revealed that Smith personally paid extras on the set during tough shooting conditions in Louisiana.

“He was kind to everyone on the set. Will would go around and hug and shake hands – we had 300-something extras and military. Marines,” The Equalizer director said.

“He’s funny. He’s fun. We had certain extras that were the dead bodies in the graves, and he would go give them money for lying there in that heat of over 100 degrees.

“Nicest person I’ve ever met in my life,” the director summed up his take on the Hollywood superstar.

Quote of the day – Steven Biko

Daily devotion: Your bible verse and prayer for 26 January 2023