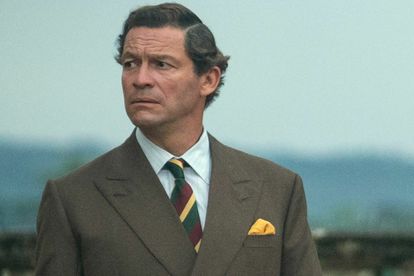 Dominic West’s son has been cast as Prince William in the latest season of The Crown.

Senan West, 13, will be playing the Duke of Cambridge, now 39, in the fifth and final season of the hit Netflix royal drama alongside his 52-year-old father Dominic who is portraying William’s father Prince Charles, 73, as the show enters the 90s and focuses on British history under John Major and Tony Blair’s years as prime minister.

ALSO READ: Binge your heart out on ‘Love Life’ season 2, now on Showmax

Variety reports that Senan will showcase a “slightly older” prince in the later episodes of the show. The cast also features Khalid Abdalla as Dodi Al-Fayed, Jonathan Pryce as Prince Philip, Lesley Manville as Princess Margaret and Imelda Staunton as Queen Elizabeth II.

The casting concluded Netflix’s search for “a boy aged between 13 and 15 years old to play the 13-year-old Prince William in the next series…talented, intelligent and sensitive boy who can rise to the challenge of playing this famous character alongside British leading talent.”

DOMINIC WEST SPEAKS ABOUT HIS FAMILY

West previously opened up about fatherhood and family life, claiming that raising his children in a castle in Ireland has given them a “far broader existence” than they could find elsewhere.

The Affair star has four kids, Dora, Senan, Francis and Christabel, with his wife Catherine Fitzgerald and insists on their life in the spectacular surroundings of Glin Castle, and he believes it’s the perfect place to bring up a family.

West – who also has adult daughter Martha from a previous relationship – explained:

“Glin enriches my life and my kids’ lives in terms of identity and continuum. My children are surrounded by Irish wit and humanity. They have a far broader existence than they would anywhere else in the world.”

ALSO READ: The most-watched Netflix movies and series in South Africa this November