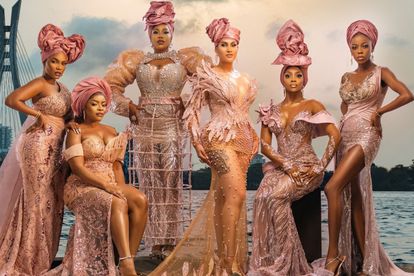 Mzansi is loving the ‘Real Housewives of Lagos’! Image: Supplied

Mzansi is loving the ‘Real Housewives of Lagos’! Image: Supplied

THE OPULENT LIVES OF GLAMOROUS WOMAN

Together, they will be serving up all the high fashion, luxury, drama and power moves that the franchise is known and loved for across the globe.

MZANSI GIVES ‘REAL HOUSEWIVES OF LAGOS’ A THUMBS UP

The first episode of Real Housewives of Lagos is already receiving raving reviews from reality television lovers on Twitter.

Praising the series, one tweep wrote: “The production is great, the party was a bit of a drag. But their personalities made up for it.”

“I like all of the cast members! They are all bringing something unique.”

Real Housewives of Lagos is available to watch in several countries including the United Kingdom, Belgium, France, New Zealand, Portugal and Spain.

The reality series marks the first Nigerian instalment of the award-winning franchise and the 16th international version of the Real Housewives format.

ALSO READ: Trailer alert: Another season of ‘Troukoors’ is coming to Showmax this May