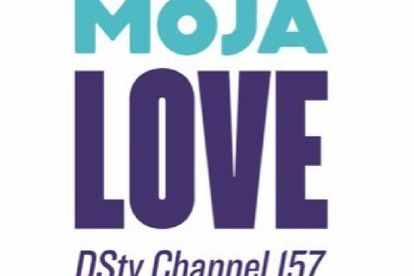 Gift Masuku – who was evicted from Moja Love show ‘Lovey Dovey’ – has responded to the allegations leveled against him in a statement by the channel. Image via Twitter @MojaLoveTV

Gift Masuku – who was evicted from Moja Love show ‘Lovey Dovey’ – has responded to the allegations leveled against him in a statement by the channel. Image via Twitter @MojaLoveTV

Lovey Dovey contestant, Gift Masuku, is not happy with Moja Love’s decision to evict him from the show.

The reality show, hosted by Somizi Mhlongo and Gabisile Tshabalala, is about 15 contestants living under one roof in a bid to find love.

Every week a housemate is eliminated. However, Masuku’s elimination was different from the rest as it was prematurely announced in a statement by the channel, citing sexual assault allegations as the cause.

ALSO READ: R500k for a new gig? Somizi is set to return to TV with ‘Lovey Dovey’

According to Daily Sun, on Saturday 9 April Moja Love released a statement claiming some female contestants on had accused Masuku of sexual harassment and were uncomfortable with having him in the Lovey Dovey villa.

“Moja Love (DStv 157) has evicted Gift (34) from the Lovey Dovey mansion, following serious allegations of sexual harassment against him. Several female participants opened up to the production team about how uncomfortable they were feeling because of ‘his inability to draw the line’ and sexual advances. Following complaints, the channel immediately decided to remove him from the mansion and discontinue his participation,” read the statement.

Bokani Moyo, who is Head of Channel, said Masuku was eliminated with immediate effect because of the seriousness of the allegations.

“Moja Love takes such allegations seriously, which is why we decided to remove Gift from the house with immediate effect. His behaviour is appalling and despicable in a society that is battling gender-based violence on a daily basis. As a char it was crucial that we take such action as we do not tolerate any form of harassment,” she explained.

In addition, she said a channel-affiliated social worker and counsellor is counselling the participants who indicated that they are comfortable continuing their participation in the reality show.

Responding to the accusations, Masuku said that the channel is lying about the allegations.

“This was made up, it is staged. I was also shocked when I was told I was evicted. They called me to ask if I know why I was disqualified and I said no. They told me six ladies in the house are uncomfortable around me. I asked how that was possible because I had never interacted with them before. They then changed and said someone said I called her in a manner in which she’s not comfortable with,” said Masuku.

He further explained that when he spoke to some of the girls who have already been eliminated they told him they don’t know anything about the allegations.

The evicted Lovey Dovey contestant also threatened to take legal action, claiming that the channel told him it will be mum about the situation because it does not have any proof of the allegations.

“I will be taking action against them. They are ruining my name and reputation for nothing. They have footage of everything happening in the house, they can look at it and see if this really happened or not. I feel I should take a stand for myself because this will not be good picture for my image and work,” he concluded.