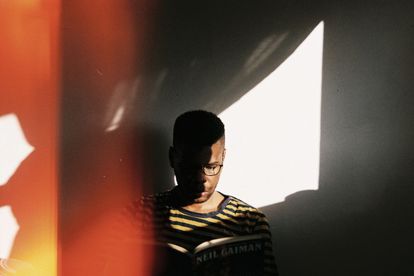 Rofhiwa Maneta frames a portrait of his father, written as a combination of biography, journalism and creative non-fiction. With several self-published titles under his belt, Maneta is in peak form. A Man, A Fire, A Corpse, published by Blackbird Books, is his best work to date. Image via Twitter @AfrikaIkalafe

Rofhiwa Maneta frames a portrait of his father, written as a combination of biography, journalism and creative non-fiction. With several self-published titles under his belt, Maneta is in peak form. A Man, A Fire, A Corpse, published by Blackbird Books, is his best work to date. Image via Twitter @AfrikaIkalafe

“This is my attempt at archiving your story, if only for the fact that it matters to me, your son.”

With these words, author and former journalist Rofhiwa Maneta frames a portrait of his father, written as a combination of biography, journalism and creative non-fiction.

With several self-published titles under his belt, Maneta is in peak form. A Man, A Fire, A Corpse, published by Blackbird Books, is his best work to date.

Along his distinctive creative journey, which includes short stories, essays, books and arts journalism, Maneta has honed a punchy and compelling style in which straightforwardness still retains a thoughtful beauty.

Across writing about music, the experiences of Black people, television and more, an ever-present theme of fatherhood can be traced in his work, explored extensively in the reflective essays of Your Father, The Hip Hop Head.

By his own account in this book, Maneta has spent much time consuming true crime literature and television, and the work of crime journalists David Simon and Jack Olsen, who was heralded as the “dean of true crime”.

As a result, the book weaves in references to books such as Truman Capote’s so-called “non-fiction novel” In Cold Blood and Emma Copley Eisenberg’s The Third Rainbow Girl, and television shows including Netflix documentary series Real Detective (which was inspired by HBO’s True Detective fictional series) and iconic crime drama The Wire.

His deep knowledge of the genre’s history and evolution informs his careful approach.

Without being gratuitous or gory, A Man, A Fire, A Corpse details the high-profile, violent crimes that Maneta’s father investigated during his career as a detective.

The aim is to tell the facts of the case, acknowledge the humanity of the victims and their loved ones, and have a constructive conversation about violence in South Africa.

Across 227 pages, Maneta patiently outlines his father’s entry into police work, his most significant cases and the one case that lingers in his mind to this day: the murder of Linda Kameru, 2, in 2004 at the hands of his mother, actress Brenda Lovelacia Kameru, in the name of casting out the devil.

Maneta also highlights the disappointments of his father’s work, which went largely unrecognised, and the toll on his family of having a dedicated police officer as a father.

Maneta’s father retired recently after 34 years of service, a moment Maneta describes in an interview by invoking his mother’s words:

“I could finally breathe a sigh of relief.”

Born in 1960 in the village of Tshaulu near Thohoyandou, Limpopo, Amos Maneta was “poor in every sense of the word”, writes his son.

He had dreams for his life, as anyone does, but they were foiled by his surroundings and the apartheid regime, which limited the work choices available to Black people.

After arriving in Johannesburg 26 years later, Maneta was turned away from a job interview as an admin clerk. It was a defining moment, marking his entry into police work, which he, as a devout Christian, describes as a calling.

Rofhiwa Maneta, however, artfully juxtaposes this with his own scepticism as an atheist. Where his father credits never having to discharge his service pistol to “Jesus is a fire”, Maneta credits “serendipity”.

Where his father attributes his protection from harm in the field to God, Maneta attributes it to luck.

During his career, Detective Amos Maneta relentlessly pursued justice for the victims of the crimes he investigated, consistently putting his life on the line to uphold a standard beyond what was expected of him.

Rofhiwa Maneta frames the effect of this on his family, using the moon as a literary device.

“As a kid, you can’t really make the distinction that you haven’t seen your dad for 14 hours but you know that the last time you did see him, the moon was out. And so the moon was a constant,” he says.

In Amos Maneta’s near-obsessive relationship with his work, the reader becomes aware of the contrast with the perception of South African police officers.

Complacency, apathy, laziness, disregard and demotivation are just a few of the descriptors often used to describe members of the police service and the public’s general distrust of and weariness with how they perform their duties – all contained in the context of global police violence.

What Rofhiwa Maneta does well is balance the tension between the perception of the police in the real world and the challenges police officers face daily, without being overcome by the potential biases he has towards his father.

Globally, police violence has been under intense scrutiny, as movements around the world bring to light oppressive and deadly brutality.

There have been continued calls by the public, scholars and activists to abolish and defund the police, rejecting the idea of reform. Reviewing Derecka Purnell’s Becoming Abolitionists: Police, Protests and the Pursuit of Freedom, Christopher McMichael writes:

Likewise, Geo Maher’s A World Without Police and Violent Order: Essays on the Nature of the Police, edited by David Correia and Tyler Wall, detail “emancipatory alternatives” to public safety by suggesting that a system whose roots are in the slave patrols of the 18th century cannot change for those it claims to serve.

This is the macro context in which Maneta writes. His story, while not being unaware of this, is relational – it thinks of the effect of this work within the intimate context of a family and fatherhood.

Amos Maneta began working for the South African Police Service in 1986 during the height of apartheid. While the book does not describe his treatment by his white colleagues, it does emphasise how the 1980s were the worst time to be a police officer.

“Back then, the country was in the grip of a state of emergency. Everything was burning. Police officers were hunted down and shot because they were seen as part of the apartheid system,” Rofhiwa Maneta writes.

What is clear is that Black police officers back then were at odds with their own communities because of their jobs, with the tension of these same jobs nonetheless providing secure employment.

As for all the hard work, diligence and late nights, Amos Maneta never quite ascended the ladder to assume a high-ranking role.

His dream of becoming a brigadier was thwarted, according to his son, because of being a Black person in a system geared towards privileging white people in ways that can land with visceral disappointment for the reader.

Extensive media profiles and interviews, being loved by the community of Naledi, Soweto, and an impressive conviction rate seemed to matter little to his superiors.

“You don’t work the job he did and then simply switch off the day you retire,” says Rofhiwa Maneta.

“In his own circumspect way, he’s still obsessed about safety. I’m turning 31 this year and my dad still insists that I tell him when I’m going to bed each day, something he has done since we were kids. This is him for the rest of his life.”

At the book’s beginning, a friend jokes that Maneta was almost like him and the rest of the young men in the township – forced to grow up without a father.

Throughout the book, there is a pervasive sense of impending danger. And in many instances, the danger is real.

Chapters reveal numerous threats to Amos Maneta’s life, including an attempted assassination orchestrated by Barney Kwati, whom he had put behind bars.

But spending more time with his father now, Rofhiwa Maneta is rediscovering parts of him that were not immediately apparent during his days as a police officer.

“He’s a lot softer right now. He’s a grandfather in his 60s and a lot goofier too. His mind isn’t preoccupied with solving a murder so he can just be human.”

While the intention was to explore fatherhood hand in hand with his father’s career, Maneta admits that he could have done more in this regard.

“If I were to rewrite this book, I actually would have placed a bit more emphasis on him as a father. You don’t really get the sense that he’s a huge soccer fan or that he likes gardening, which he does daily,” he says.

Two years in the writing, A Man, A Fire, A Corpse sets itself apart from the myriad biographical books about the police, crime and violence in South Africa.

Using his sharp journalistic skills, exercising his ability to humanise victims of crimes and murder without sensational gore, balancing the tensions between having a dedicated police officer as a father and simultaneously critiquing the police as an oppressive system at odds with the communities it purports to serve, Maneta delivers a thoughtful offering from a fresh perspective.

It is not often that one is moved by a book with such a subject matter, which is a testament to Maneta’s compelling pen.