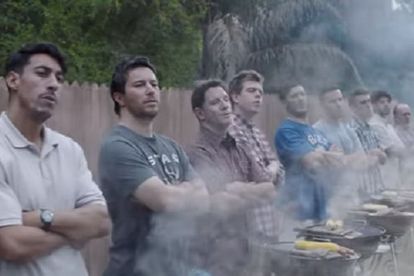 Gillette is taking action and prompting men “to say the right thing, to act the right way” through their new ad campaign.

Gillette recently released their new ad campaign with the tagline, “The Best Men Can Be”.

Along with a short film, the brand said: “Bullying. Harassment. Is this the best a man can get? It’s only by challenging ourselves to do more, that we can get closer to our best. “

On their official website they said their tagline “The Best A Man Can Get” has been an aspirational statement for thirty years.

“But turn on the news today and it’s easy to believe that men are not at their best. Many find themselves at a crossroads, caught between the past and a new era of masculinity.

“While it is clear that changes are needed, where and how we can start to effect that change is less obvious for many. And when the changes needed seem so monumental, it can feel daunting to begin. So, let’s do it together.”

They also said its time that we acknowledge the fact that brands, like their own, play a role in influencing culture.

“And as a company that encourages men to be their best, we have a responsibility to make sure we are promoting positive, attainable, inclusive and healthy versions of what it means to be a man. With that in mind, we have spent the last few months taking a hard look at our past and coming communication and reflecting on the types of men and behaviors we want to celebrate. We’re inviting all men along this journey with us – to strive to be better, to make us better, and to help each other be better.”

Gillette pledges to “actively challenge the stereotypes and expectations of what it means to be a man everywhere you see Gillette”.

“In the ads we run, the images we publish to social media, the words we choose, and so much more.”

As part of The Best Men Can Be campaign, Gillette is committing to donate $1 million per year for the next three years to non-profit organizations executing programs in the United States designed to inspire, educate and help men of all ages achieve their personal “best” and become role models for the next generation.

Watch Gillette’s Short Film: The Best Men Can Be

Since the campaign was released, men’s rights activists took to social media to give their opinion.

For one, Piers Morgan, Tweeted and said it was “absurd virtue-signalling PC guff” and fuelled “the current pathetic global assault on masculinity.”

I've used @Gillette razors my entire adult life but this absurd virtue-signalling PC guff may drive me away to a company less eager to fuel the current pathetic global assault on masculinity.
Let boys be damn boys.
Let men be damn men. https://t.co/Hm66OD5lA4

According to Standard, actress Nicola Thorp challenged Morgan, saying the video “focuses on changing the behaviour of men who have engaged in sexual assault, harassment, discrimination and violence.”

Let’s just be clear. This ad focusses on changing the behaviour of men who have engaged in sexual assault, harassment, discrimination and violence.

In this tweet, Piers condones this behaviour. For the likes. For the column inches. For the ego. For the love of god, stop him. https://t.co/FAM0hOIqvd

Morgan later responded to Thorp saying: “Let ME just be clear: you’re a man-hating imbecile and this pathetic Gillette ad is a direct consequence of radical feminists like you driving a war against masculinity. “

He later said: “If Gillette made a commercial predicated on women being bad and this is how they can all be better… the same radical feminists loving this ad would go nuts. “

The ad also attracted support from users on the internet:

“Seriously: if your masculinity is THAT threatened by an ad that says we should be nicer then you’re doing masculinity wrong.”