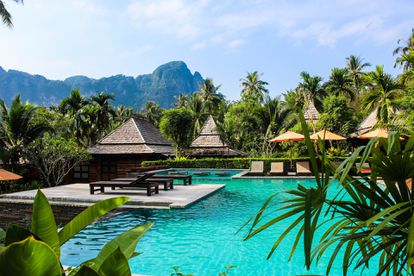 Thailand reopens three islands under the Samui Plus scheme. Image via UnSplash

Thailand reopens three islands under the Samui Plus scheme. Image via UnSplash

We live in a world where social media is very accessible. You can review almost anything these days. Travellers often leave reviews of places they visited or hotels they stayed at. But is it safe to leave a review, which may not paint the hotel or service provider in a positive light?

When buying something online, looking for a place to stay, or when planning a trip, many people rely on reviews from others who have already used a product or service. Reviews can provide useful information which helps you to decide, before making a purchase or a reservation.

Negative reviews may dissuade potential visitors or guests from buying products or services. It is in the interests of hotels and tourism service providers to act quickly, and resolve differences with dissatisfied customers.

When a hotel review turns sour

An American expat living in Thailand faces prosecution for a hotel review written on TripAdvisor.

The American visited a hotel on the island of Koh Chang earlier this year. He was unhappy with his stay at the hotel, and took to social media to review the hotel.

This guest was unhappy with service levels and the unfriendliness of the hotel’s staff. He wrote negative reviews of the hotel property on TripAdvisor and other social media sites.

The hotel owner responded with legal action and accused the guest of causing damage to the hotel’s reputation. The hotel owner then filed a complaint with Thai authorities, stating that the guest had posted unfair reviews of the hotel.

The guest, who lives in Thailand was arrested by Thai police for allegedly causing damage to the hotel’s reputation. He was detained and has since been released.  He is currently out on bail but faces up to two years’ imprisonment in Thailand, due to Thailand’s strict anti-defamation laws.

“We chose to file a complaint to serve as a deterrent, as we understood he (the guest) may continue to write negative reviews week after week for the foreseeable future,” said the hotel owner.

The hotel owner stated that the hotel had tried to resolve the impasse with the guest for some time but the guest had not responded to the hotel manager’s mails or calls until such time that the authorities had become involved.

“Despite our multiple efforts to contact him to resolve this in an amicable way for well over a month, he chose to ignore us completely. He only replied to emails and messages on reviews sites once he had been notified of our complaint by authorities,” yhe hotel manager said.

Hotels and service providers in the tourism and hospitality industry receive a large number of reviews from customers, whose experiences range anywhere from most impressed to very dissatisfied.

A hotel or tourist provider might ignore the occasional negative review but one is never sure when they may take further action.