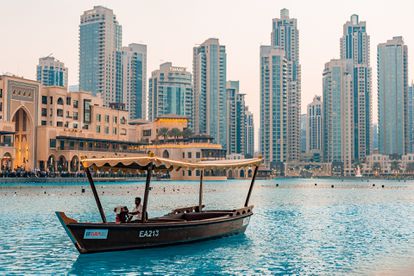 Dubai is a melting pot of cultures. Image via Pixabay

Dubai is a melting pot of cultures. Image via Pixabay

But, there’s more to Dubai than flash and cash.

Dubai is a city like no other. For one thing, it has a very brief history, making it virtually embryonic in comparison to other world capitals. Its rise from a humble fishing village of pearl divers in the 19th century, to the economic powerhouse of the Middle East in the 21st century, reads like a fantastical rags-to-riches tale that would keep any modern-day story-telling Scheherazade busy for a good few Arabian nights.

Although conveniently perched on what’s endearingly called the “Creek” with an entrance to the Arabian Gulf, it’s practically in the middle of the desert and its skyline rises out of sandy nothingness like a George Lucas pit stop.

What makes Dubai so unique?

It’s hot. Blisteringly so, with the heat whacking you in the face the second you step off the plane. Yet, driving into the city from the airport, the first thing you notice everywhere is lush green grass, trimmed verges, and neat little hedges — your first introduction to the contradictions that make up this bizarre and wondrous city.

One of the most striking sights is the buildings — flashy, gleaming, and all vying for attention.

Some are architectural gems – the Dusit Dubai Hotel is shaped like two hands placed together in a Thai greeting, the impressive twin Emirates Towers jack-knife into the sky, and the renowned Burj Al Arab follows the outline of a billowing sail and boasts the airborne helipad from which Tiger Woods famously teed off the Dubai Open.

To call Dubai a shopper’s paradise would be a mammoth understatement. There are more than 50 malls and a further 20 developments in the pipeline, so whether you’re a bargain hunter or a designer devotee, your needs are catered for.

Barring special sales (Dubai hosts several major shopping festivals during the year), it’s not necessarily that much cheaper, but the range, variety, and sheer volume of stores is breathtaking.

Curiously, you won’t see many “locals” here. Dubai has a population of one million inhabitants, of which 80% are ex-pats. With over 150 nationalities represented (including a growing South African population), it’s one of the world’s most cosmopolitan cities.

Historical achievements and cultural nuances aside, it’s the multi-billion dollar development taking place that makes the city so gobsmacking.

With dwindling oil supplies, Dubai’s leaders, led by Crown Prince Sheikh Mohammed bin Rashid al-Maktoum, have their eyes locked on the future and their hopes pinned firmly on tourism.

Currently, about 5.4-million tourists visit the city and they hope to triple that number over the next five years. Everywhere you look, construction is on the go.

According to Conmex, the exhibition for the construction machinery and equipment, 25% of the world’s cranes reside in Dubai at present, nearly a quarter of the world’s 125,000 construction cranes, with each project as inconceivable and deliriously madcap as the next.

Dubai is like the gold-chained, slicked-back hair, open-shirted cousin of the United Arab Emirates (UAE).

It’s sleek, modern, insanely rich, and defiant of criticism. Yet, while Dubai belongs to the future, it unwittingly pays homage to its roots every day.

The best place to see this is at the Creek, which is still the main artery of trade in the UAE. Watch as merchants offload sacks of rose petals and spices from their dhows having sailed from as far away as India and East Africa, only to set out again. It’s an age-old journey that keeps the city’s true heart beating, alive and romantic.