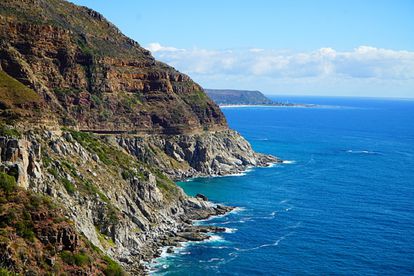 Views on the journey along Chapmans Peak, the road from Hout Bay to Noedhoek on February 04, 2017 in Cape Town, South Africa. Image: Laura Carey/Getty Images.

Views on the journey along Chapmans Peak, the road from Hout Bay to Noedhoek on February 04, 2017 in Cape Town, South Africa. Image: Laura Carey/Getty Images.

Chapman’s Peak, which refers to the name of a mountain on the western side of the Cape Peninsula, between Hout Bay and Noordhoek in Cape Town, came in at number five after the group crunched some numbers pertaining to Instagram.

The group went on to analyse over seven million Instagram hashtags associated with the world’s most popular road trip destinations, and calculating how many Instagram pictures are shared per mile of the journey; the route with the most Instagram posts per mile being crowned the most picturesque in the world.

Chapman’s Peak came in at number five. The Peak – that is affectionately known as “chappies” by locals – took seven years to complete and was first built in 1922, but has since undergone major work to improve the road for tourists. It came in at 5.5 miles (almost 9km) route with 3 425 pictures per mile.

Australia’s Great Ocean Road came in at number one, while six others can be found in the USA. You can see the full list here: