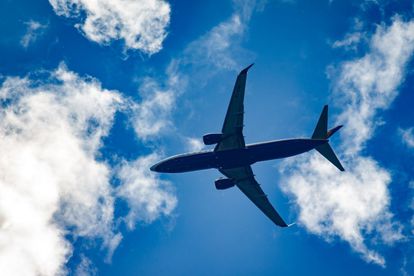 Anyone hoping to get their hands of last-minute Christmas period flights to their holiday destination can expect to pay exorbitant rates. Photo: Canva

Anyone hoping to get their hands of last-minute Christmas period flights to their holiday destination can expect to pay exorbitant rates. Photo: Canva

Reports of abandoned babies being found wrapped in blankets in parks or in rubbish bins in South Africa are not uncommon. It is rather uncommon to learn of an abandoned baby being found in a waste bin aboard an aircraft.

On 1 January, airport staff in Mauritius found a newborn baby boy abandoned in the rubbish bin of an Air Mauritius aircraft. The discovery was reportedly made by airport officers searching the plane during a routine aircraft check.

The aircraft, an Air Mauritius flight, from Antananarivo in Madagascar arrived in Mauritius’ Sir Seewoosagur Ramgoolam International Airport at 19:39 on the first day of the new year.

According to BBC, airport officers discovered a newborn baby boy in the bin of an aircraft toilet, when screening the plane during a customs check.  After the horrific discovery, authorities at Mauritius Airport conducted a search for the mother of the child, while rushing the newborn to a hospital.

A 20-year-old female passenger from Madagascar suspected of being the child’s mother initially denied that the baby was hers but a medical examination confirmed that she had just given birth.

The woman was placed under police surveillance at a hospital in Mauritius. BBC reports that both mother and child are doing well.

It would seem that the mother of the newborn was in active labour for a very brief amount of time while onboard the short flight to Mauritius, as this generally lasts between four and eight hours.

While the birth of a child is generally the cause for celebration, this is sadly not always the case. Many women across the world live in difficult circumstances. The Malagasy woman, who arrived in Mauritius on a two-year work permit, will be questioned after her release from the hospital and charged with abandoning her child.

Air Mauritius flights to South Africa remain suspended until the end of January due to the current entry ban which Mauritius has imposed on South Africa.