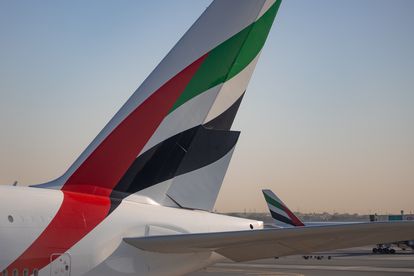 The ban was expected to be in place for the month of December, but  Emirates later said that that it would begin flying passengers in to, but not out of Johannesburg. Flights between Dubai and Durban and Cape Town remained suspended.

South Africans are now used to disruptions in their travel plans thanks to several extended flight bans last year. Travelnews reports that Emirates Airlines has again announced that its flights from Johannesburg, Cape Town, and Durban have been suspended. Flights have been suspended until 10 January.

The airline has not indicated when it will be able to reopen its flights to South African passengers on these routes as this will depend on directives issued by the UAE government.

As well as extending the ban on passenger flights from South Africa, Emirates Airlines has also imposed restrictions on travellers from other African nations. These include Ethiopia, Kenya and Ghana.

Only UAE nationals and their first-degree relatives, who have visited or transited through countries in southern Africa over the previous 14 days, are permitted to enter Dubai.

FLIGHT SUSPENSIONS BY OTHER AIRLINES

Two other Middle East airlines that previously operated scheduled flights to destinations in South Africa are also holding off on the restart of their services to and from the country.

Business Insider reports that Qatar Airways would not offer outward flights from South Africa before 12 January, while Etihad Airways is only expected to resume flights between Johannesburg and Abu-Dhabi next month.