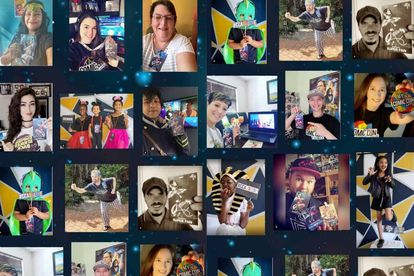 We have good news! Comic Con Africa’s first virtual Online Con may be behind us, so to speak; but the Galaxy is still open.

If, like us at TheSouthAfrican.com, you got so caught up in the event itself, you might have forgotten about that virtual goodie bag with all the amazing deals and discounts, am I right?

Fret not! The organisers confirmed that the “galaxy is still open”, and will remain open until Wednesday 30 September 2020. In addition, CCA merch is still available at discount too.

Simply head over to the Con Galaxy and sign in, if you’re not signed in already. Don’t forget to use the discount code: CCAO20% for 20% off on Comic Con Africa merchandise.

The organisers confirmed that the Comic Con Africa Online Galaxy will remain open until midnight on Wednesday night, 30 September.

ModeStore has Cosplay hoodies, Fortnite t-shirts, Minecraft merch and Call of Duty apparel, amongst other things, while the Dark Carnival has the most adorable Baby Yoda merch in stock.

A fantasy fan? Can’t get enough of Harry Potter, Fantastic Beasts, Lord of the Rings, or Game of Thrones? Head over to The Shire, the official supplier of the fully-licensed Warners Brothers’ Noble Collection.

According to the organisers, more than 70 exhibitors were online to “chat and demonstrate the talents”. The Con also hosted three Esports tournaments from Telkom VS Gaming, Redbull and CCA.

In addition, 16 Film, Series and Entertainment guests held interviews with fans. Tom Hopper from The Umbrella Academy and Jason David Frank from the Mighty Morphin Power Rangers were among the VIP talent.

TheSouthAfrican’s Precious Simpasa had the opportunity to chat with Goliath Gaming manager, Ashton “Golz” Muller, about the rise of Esports in South Africa. Read the full interview here.

Van Helsing star Kelly Overton will be a virtual guest at #ComicConAfricaOnline! What way to spend your long weekend socially distancing! Come Join us! https://t.co/WsYJE72ci9 live from 24-27 September, 10am to 6pm CAT pic.twitter.com/TcyHw4Ax0I