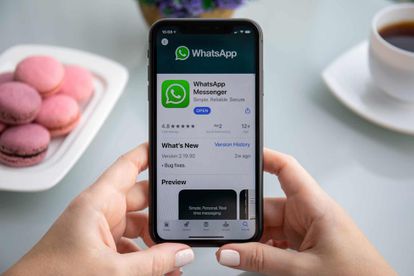 WABeta Info confirmed on Wednesday 30 September that WhatsApp submitted a new update – version 2.20.201.9 – through the Google Play Beta Program. Here’s what you need to know.

The name of the new feature is unoriginally titled “New Storage Usage” and is currently being rolled out to beta testers around the globe. The feature will be available once your app is updated to the latest version.

It is also only available for Android devices at the moment; a future release should provide clarity on iOS storage options. The WABeta Info team said some Android testers may experience a delay in accessing the feature:

“WhatsApp is rolling out the feature, please be patient.”

Good to know, because the beta version is not available for me yet. I will provide more information once I’ve been able to test it personally.

Improvements to the feature

The current update comes with “general bug fixes and improvements”. In addition, the WhatsApp developers’ team is also rolling out “new Storage Usage UI and tools”.

The storage section has reportedly been “completely redesigned” to improved usability. It now includes a “modern storage bar” that provides a breakdown of how space is used.

A second section will highlight shared files, making it easier to delete “unnecessary media”. This includes larger files and forwarded media. WABeta Info reports that the UI is different than the original beta version.

A third section will contain your chats “with the possibility to search a specific chat”.

The original built was delayed due to WhatsApp adding and testing several additional features. The feature was first leaked back in June 2020 and was only brought to its final stage in August.

At the time, WABeta Info reported that WA developers will include additional default filters to quickly find specific messages, such as enabling users to view forwarded-only files.

WhatsApp developers haven’t provided any details with regards to a public release date for the redesigned Storage Usage section.

The Beta program is currently closed and WhatsApp isn’t approving new testers at this stage. However, sideloading the latest app version from APK Mirror might be an option in due course.

At the time of publishing, APK mirror already had the 2.20.201.9 beta version available for testing. Moreover, there are only two variants available on APK mirror, both added on 29 September.

You’ll need Android 4.1+ or higher to test the new feature. Logs on APK indicate that the version also includes picture-in-picture mode in Group Calls for “easier multitasking”, and an updated attachment menu.