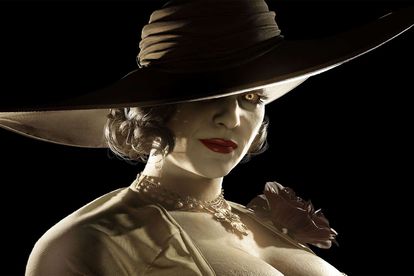 Resident Evil Showcase (RE Showcase) host Brittney Brombacher announced a new Resident Evil Village extended trailer for The Maiden, which features PS5 gameplay ahead of the game’s launch. The demo is already available.

The trailer also contains more information about the mysterious new characters. In addition, producer Peter Fabiano was on hand to guide viewers through the world of Resident Evil Village

Don’t say we didn’t warn you. Out there, horrors await you. If you want to leave the lights on, go right ahead, we won’t tell anyone, pinky swear.

‘Resident Evil Village: The Maiden’ – What we know

The Maiden is now available to play on PS5. Do note, however, that it doesn’t feature any of RE Village’s weapons or combat encounters. From what we’ve seen, there is no combat at all.

“You won’t be fighting zombies or vampires, but instead traversing through a very cryptic war-torn castle, giving you a taste of some of the beautiful graphics and jump scares that ‘Resident Evil 8’ will have to offer”.

The character must find a way out of the castle. It sounds easier than it is, and before you know it, you’ll be fully immersed in the stuff of nightmares.

Fabiano explained that “Maiden” is not the name of a person. Instead, it symbolises the protagonist, a girl who’s trapped in Dimitrescu Castle. Remember we said the character is separate from the main story?

“The Maiden demo doesn’t take place during the main story of Resident Evil Village. Maiden was originally designed as a visual demo that would allow you to explore the inside of Dimitrescu Castle, but it evolved to include a short story and puzzle-solving”.

He added: “When you play ‘Resident Evil Village’, or, perhaps, you come back to Maiden after playing the main game, you might discover the connections they have to each other.”

The demo may be a PS5 exclusive – you’ll currently find it in the “What’s Hot” section of the PS Store – but Capcom confirmed that it would be releasing a separate demo across all platforms later this year.

My copy of The Maiden is already downloading, expect a review soon. Resident Evil Village will launch on PS5, PS4, Xbox Series X / S, Xbox One, and PC on 7 May 2021.

Also read: Seven Cyberpunk 2077 secrets you might have missed

Watch the RE Showcase here