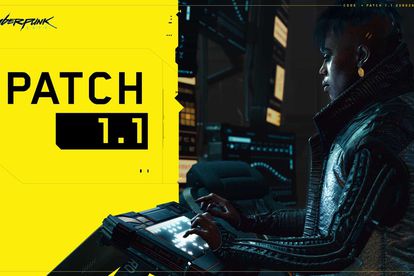 After weeks of waiting, CD Projekt Red finally released Cyberpunk 2077’s “first big patch” of the year: Patch 1.1. While it addresses plenty of bugs and glitches, a lot of issues have been left unresolved.

CD Projekt Red (CDPR) explained that they worked on “various stability improvements”, and vowed to continue this work in patch 1.2 and “other upcoming updates”. The team announced on social media:

“In this update, which lays the groundwork for the upcoming patches, we focused on various stability improvements and bug fixes”.

The second improvement address various crash fixes, “related to, among others, to loading saves, game opening and closing and Point of No Return”. And that’s about it. Underwhelming, right?

Only two UI issues were addressed. Some users reported a missing “exit” button while in a braindance; that has now been repaired, as well well as an “invalid item from loot fix”. Noticed how there’ll sometimes be a blank item when looting? Yeah. That.

CDPR also addressed “the issue responsible for saves getting oversized”, especially the saves which caused the system to crash if a player crafted new items. They also “trimmed the excess size from already existing saves”.

Do note, however, that this fix would not repair any PC save files which were corrupted before the Patch 1.06 update rolled out on 12 December 2020. CDPR also:

Several quest fixes were attended to, especially related to Delamain’s Epistrophy quests, as well as M’ap Tann Pèlen, Pyramid Song, Down on the Street, A Day In The Life, Poem of The Atoms and more.

Most of us were waiting for a River Ward and Kerry Eurodyne fix, but alas; Judy and Panam’s quests are still more important for some reason. Spoiler alert: it’s not a mystery why they take priority.

Game developers still, in 2021, have a skewed idea of what a gamer looks like. If you hold the belief that gamers are mostly male, I guess it would make sense to prioritise female characters, sure.

However, shocking as it may seem, woman and members of the LGBT community are gamers too. I know right, who would have guessed? (Feel free to imagine an eye-roll emoji here).

But I digress. The full list of fixes can be viewed here.

Now read: Seven Cyberpunk 2077 secrets you might have missed