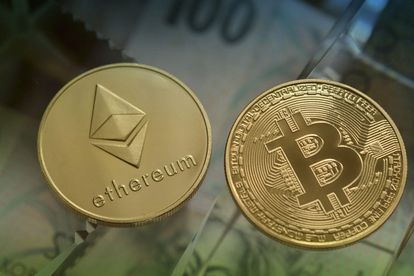 The price of Ethereum, also called Ether, skyrocketed 6.8 times since Dec 2020, while BTC only clocked a 2.3 times gain. Next, we delve deep into Ether and Bitcoin’s technical and fundamental analysis from an investor’s perspective to settle the debate.

Bitcoin Maximalism VS the Flippening Narrative

A portion of Bitcoin’s market cap is held by Bitcoin maximalists who think that BTC is the only viable crypto coin for the future. Most of these people are invested in Bitcoin for a long time, and they have seen the coin dominate the crypto market cap for several years. Bitcoin’s dominance in market cap ranged between 95-80% during 2013-17. However, BTC saw a sharp and steady decline from 2017 onwards, when Ethereum and other crypto coins started to gain prominence.

On 19th July 2017, Ether reached its peak market share of 31.17%, mainly gained from BTC’s (37.84%) fall. Though BTC recovered a chunk of its lost ground, this episode gave birth to the flippening narrative, believing that Ether will eventually overtake Bitcoin in market cap. Currently, Bitcoin commands 40% of the market cap while ETH’s hovers around 20%.

Eth also has consistently generated higher returns than BTC since 2016. Here is a chart for quick reference

How is Ethereum Different from Bitcoin

Bitcoin was the first cryptocurrency but with limited use cases. While it was started as a decentralized alternative to traditional currency, investors have begun to use Bitcoin as a global store-of-value, much like gold. Bitcoin is highly secure, and hacking into the network would need computational power higher than the entire network combined. Hence, even with high levels of volatility, companies like PayPal, Tesla, Microstrategy, and Square have invested their free cash flows into Bitcoin as a hedge against inflation and global turmoil.

Ethereum, on the other hand, took on the role of a platform as it is programmable. In the decentralized peer to peer ecosystem, Ether can be transferred on the blockchain through smart contracts, which are conditions that trigger an automatic transfer of digital assets between two parties. The self-executing feature of smart contracts took the world by storm, and hundreds of different applications are being envisioned with the new technology.

One of the most promising applications of smart contracts is decentralized finance (DeFi). It is a more secure and practical way of dealing with financial instruments like stocks, options, insurance, loan products, and deposit schemes. The Defi ecosystem will attract more people since it creates value and eliminates the need for a middle man. The rise of Non-Fungible Tokens (NFTs) has also created a whole new application base for Ethereum. Another excellent use case of the Ethereum network is the development of dapps that are regular apps free from censorship and provide anonymous usage.

While BTC’s application is being reduced to a digital asset, Ethereum is growing as a settlement platform for selling digital products.

Proof of Work Vs Proof of Stake

The concept of consensus mechanism stems from the Byzantine Generals Problem that is at the heart of blockchain technology. In layman terms, a consensus among different players is needed to facilitate transactions on the blockchain. There are two consensus mechanisms in a blockchain; proof of work (PoW) and proof of stake (PoS).

In the original Bitcoin whitepaper, Satoshi Nakamoto used the proof of work (PoW) model to reach a consensus among various nodes and secure the overall blockchain. Each node is encrypted with a mathematical puzzle that a miner solves through a computer. This “work” is rewarded with cryptocurrency and charged on the transaction as mining fees. Currently, both BTC and ETH use the proof of work mechanism. However, it is slow and energy inefficient. Moreover, a handful of powerful miners can combine their hashing power to create mining pools and ultimately control the network. This works against the concept of decentralization.

In December 2020, Ethereum began shifting towards the PoS mechanism under the name Casper. The Casper project aims to understand the risks and benefits of the PoS before implementing it on the Ethereum network. Under this model, Ether transactions will become faster and more energy-efficient than bitcoin, triggering a shift of BTC miners to ETH validators.  Currently, the top three coins running on the PoS network are Cardano, Solana, and Algorand.

The Supply Side Story: 21 Million BTC Vs the London Hardfork

The design of Bitcoin has limited its total supply to 21 million coins. This ensures fair value of existing coins. But it also means that after a certain period, there will be no more Bitcoin to be mined. So as bitcoins are mined, it gets more and more expensive to mine the next bitcoin. Mining fees will rise in the future, and only big transactions will be viable on the Bitcoin network. Small-value transactions will shift to other cryptocurrencies, where money can be exchanged cheaper and faster.

Ether also faced the same problem of scalability. As the popularity of Ethereum grew, transactions on the network became more expensive. In its white paper, the supply of Ether is capped at 18 million per year, which means it could grow infinitely. As a deflationary measure, the Ethereum network underwent a hard forking in December 2021, popularized as the London Hardfork. A base fee was applied to all transactions on the network, which was then collected and destroyed to decrease supply. In theory, this upgrade should lower the gas fees during peak transaction periods and help validators earn consistent transaction fees. Validators don’t need expensive hardware to process payments since the blocks are distributed in smaller sizes to a large number of validators. This will also help the network process more transactions per second compared to the earlier version.

Ethereum clearly wins the race over Bitcoin in terms of applications and fundamentals. However, since it requires a steep learning curve to conceptualize different applications fully, the time for the takeover can extend to some years. However, Ethereum certainly faces stiff competition from the Solana and Cardano networks. The long-term success of ETH depends on the smooth implementation of the PoS mechanism into its blockchain.