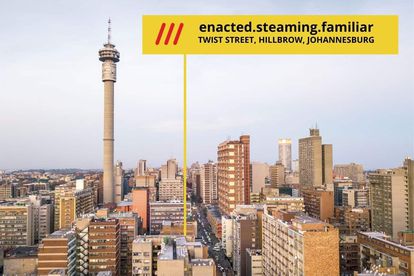 What3words is an easy-to-us location finder that, in essence, divided the world up into three-metre squares to accurately pinpoint a location. Each square is allocated a unique combination of three words.

These words are randomly assigned to each square and will always stay the same, providing for an extremely accurate tracking system.

Say you’re standing outside the bus terminal at Sandton City Mall and you need to share your location with someone. Fire up the app and give them your unique 3-word combination for your location: Compound/Pictured/Clearing.

In South Africa, the service is available in four languages: English, isiZulu, isiXhosa and Afrikaans.

Hilton Eachus, chief customer officer at Dawn Wing, explained that the What3words partnership now enables the courier company to “pinpoint the recipient to within three metres and ensures accuracy”.

This will result in reduced delivery times “but also supports more accountability from the driver”, Eachus adds. No more map navigation glitches or incomprehensible addresses either.

“If the driver can’t deliver the parcel, it will not be because he cannot find the recipient. It can only be another difficulty, like a diversion or traffic, for example”.

Eachus said Dawn Wing’s delivery volumes “exploded over lockdown” and explained that it’s now more important than ever to “be precise and punctual”. And we couldn’t agree more.

I’ve personally been using Dawn Wing for a while and the service had been very punctual up to this point, regardless. This makes me just like them even more. Eachus sums it up succinctly:

If your courier is using What3words, then you can expect both [precision and punctuality]”.

Back in October, navigation platform Here announced that it was integrating What3words into its in-car API as a new navigational feature, in approximately 150 million vehicles worldwide.

The integration enabled drivers to speak or type the three-word combination into their car’s GPS system. It even works for destinations that don’t have a street address.

What3words technology is also used by emergency services when, say, a hiker is injured in an “off-grid” destination and requires emergency assistance.