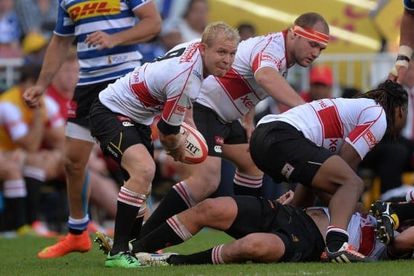 The second Currie Cup semi features north vs south as Western Province welcome the Golden Lions to Newlands on Saturday.

The Lions are the stronger team on paper with a starting lineup boasting five Springboks who were part of this year’s Rugby Championship. Talismanic hooker, Malcom Marx will be the man the home side will be weary off as he returns to the scene of his dominant performance against the All Blacks earlier this month.

However, the Lions might have a slight psychological edge after winning the last encounter between the two sides which was as recent as two weeks ago.

The Joburg side’s most recent Newlands memory is not a particularly good one as they were convincingly beaten by the home side, going down 39-3 back in August, before returning the favour, winning 28-20 on their home turf.

Their only encounter from last season saw the Lions run rampant at Ellis Park, clinching it 58-32.

Kick off and live stream