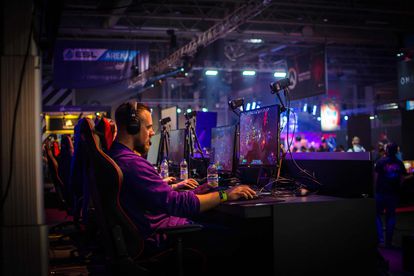 China, South Korea, North America and Europe have emerged as the main hubs for this burgeoning competitive gaming scene. The industry is far smaller in South Africa, but it is starting to gather pace: South African esports stars earned a total of R3.78 million in 2018, up 6.8% on the previous year.

South African teams have now started to challenge the leading lights from Europe and Asia in international tournaments and the future looks reasonably bright, in spite of the challenges. Here are the teams to watch from our shores:

This multi-gaming operation was set up in 2002 and it has gone from strength to strength over the past 17 years. It now competes in a huge range of esports, including CS:GO, Dota 2, Battlefield, Call of Duty and FIFA. It has collected some of South Africa’s best gamers and they have now won 138 events, most recently seizing a coveted CS:GO title at DreamHack India in Mumbai in December 2018.

A six-man Bravado CS:GO team led by Dimitri Hadjipaschali moved to Arizona in the US at the start of 2018 in order to get closer to the action. The scheme was called Project Destiny and it proved to be a roaring success.

Previously they would turn up to tournaments jet lagged and suffer heavy defeats, but their fortunes changed after moving. They picked up an early victory over the vaunted Team Dignitas, and began receiving invites to big LAN events. They went on to beat the likes of G2 Esports and Optic Gaming and made it to the Grand Finals of DreamHack Winter. However, they ran out of money and almost the entire roster left to join Denial Esports, a US-based CS:GO squad, although Hadjipaschali returned. It is now time for Bravado to regroup and plot a return to prominence in 2019 and beyond.

DC was established on January 1, 2001, and it has represented South Africa more than any other team at international events. It has CS:GO, Dota 2, Hearthstone and Overwatch teams. If you look at the information on Unikrn.com, you will see that those are four of the most popular and lucrative titles in the esports world.

In 2018, the prize money for the leading Dota 2 tournament, The International, hit a record-breaking $25.5 million. CS is now the second most popular , nestled between League of Legends and Dota 2, and DC has enjoyed plenty of success in tournaments. They are competing in the CS ZA Open Cups, ESL African Championship and Orena Champions Series, along with a number of Dota 2 events.

Tragedy struck the team last month when one of their star players, Christopher “Apocalypse” Lautre, was killed in a motorbike accident. DC will now bid to honour his memory by enjoying success in the year ahead and dedicating any triumphs to their former comrade.

This team was founded in 2012 in a bid to put South African esports on the map. They are sponsored by South Korean firm LG Electronics, along with MSI Gaming, Nexus, SteelSeries and MWEB Game Zone, and this allows them to pay their stars, while further income arrives from winning tournaments.

Very few South African players earn enough to play full-time, which puts them at a disadvantage to some of their European and North American rivals. But that should change in the coming years as sponsorship ramps up, and Energy Esports looks well placed to thrive. They already have teams playing PUBG, CS:GO, Call of Duty, Hearthstone, Overwatch and Quake, and earlier this year they signed an all-female CS:GO team.

A big highlight for the men’s CS:GO team came when they beat Bravado to seize the first ESL African Championship at the annual Rage gaming expo in Johannesburg last year, taking home R314,000. The team disbanded last month, with Dominic “Domsterr” Sampaio leaving to pursue his dream of becoming an international star, and Energy is now putting its faith in the academy team.

In January 2017, it swallowed up fellow team CarboN Esports, set up by Daniel “spoof” van Wyk in 2015 as a multi-gaming organisation with teams competing in CS:GO, Dota 2 and Call of Duty, and it is now equipped to compete with the likes of Bravado to become the leading South African esports organisation.

Theuns “Alpha-Renji” Louw set up ApG in 2013 as a Battlefield 4 clan and it has since evolved into a multi-gaming organisation, competing in CS:GO and Dota 2 too. It is interesting to note that none of the leading South African teams compete in League of Legends, the world’s top esports for viewer numbers. It has not really taken off to the same extent here, and CS:GO – a multiplayer first person shooter game – is by far and away the most important title.

Dota 2, a multiplayer online battle arena game, is also very popular and Aperture has enjoyed success in both. It is designed to be a platform for players to compete at the highest level while building a career out of their passion for gaming.

It is an ambitious goal, but that is becoming a reality for dozens of teams across the globe and it is great to see such a project taking place in South Africa. Its winnings have been relatively low thus far, but Louw has lofty ambitions and it will be interesting to see how this project develops going forwards.