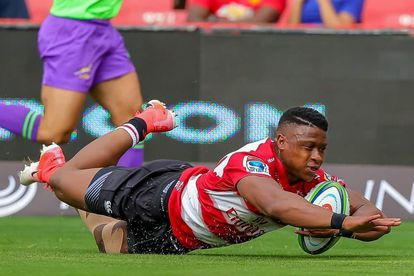 Get ready for a roaring match! The Lions and Crusaders are set to repeat last year’s Super Rugby final and it will surely get interesting in what’s being considered as the ‘game of the week’.

The Lions suffered two defeats in three outings recently, losing against the Blues 38-35 and the Jaguares last week with a score of 49-35. The Crusaders previously took some hits against the Highlanders and Hurricanes.

It’s been a bruising encounter against @Hurricanesrugby in the Capital tonight with the home side taking out the battle 29-19. Awesome support in the crowd tonight though, see you next in Dunedin! ⚔️?? #HURvCRU #wewill #crusadeon pic.twitter.com/cQik9Bsuki

The Lions held their number one spot on the log until their loss against the Jaguares (which saw them move to second place) with the Crusaders tightly sitting behind them at number three. Both teams are respectfully on top of the South African and New Zealand conference, with the crusaders having played one less game than their Johannesburg opponents.

The Crusaders are coming to South Africa to meet the Lions in Johannesburg again, prepped and ready with basically the same team from last year’s final.

The Lions made a staggering seven changes to the team. Hacjivah Dayimani will start in the No 8 jersey. According to Super Sport, Kwagga Smith will move back to his regular flank position. Robert Kruger is said to be unavailable due to a concussion, and Cyle Brink is said to start at No 7.

Madosh Tambwe will come take the place of the injured Aphiwe Dyantyi and Harold Vorster will replace Rohan Janse van Rensburg at inside center.

Dillon Smit will get his first start in the No 9 jersey, with Andries Coetzee on the bench for back-up.

Malcolm Marx is back at hooker with Robbie Coetzee falling out of the game altogether.

Coach Scott Robertson has made three changes to the Crusaders team. Flanker Matt Todd has returned after suffering some sore ribs, Seta Tamanivalu is set to start on the wing in place of Manasa Mataele, while scrumhalf Bryn Hall replaces Mitchell Drummond in a rotational swap.

According to SuperBru, the Lions won two games at home and the Crusaders won three home and five away.

The The prediction and tipping game, also revealed that 63% of players on SuperBru are expecting the Crusaders to win.

‘A small million’: Is MaMkhize joking – or not – about Andile’s ‘allowance’?