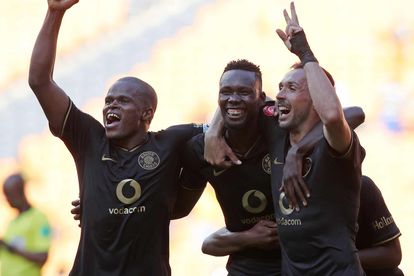 Kaizer Chiefs have further extended their lead at the top of the South African Premiership after a 3-0 win over Cape Town City in Soweto on Sunday. Goals from Leonardo Castro, Samir Nurkovic and Eric Mathoho secured the win.

Amakhosi also remain streets ahead in the team goal scoring stakes with 36 goals in 17 matches. Bloemfontein Celtic and Orlando Pirates are both tied on 27.

Celtic have moved into the top five of the PSL log on Sunday. They beat Black Leopards 4-2 at the Dr Molemela Stadium.

A brace from striker Victor Letsoalo helped the hosts seal the deal. But they had gotten off to a cracking start. The first of their four goals arrived less than three minutes into the match. Siphelele Luthuli fired home from Sifiso Ngobeni’s assist. Luthuli later turned from scorer to provider, setting up Menzi Masuku to help Celtic to a convincing win.

Unfortunately for AmaZulu’s Bongi Ntuli, who has scored all but one of his team’s goals this season, there was no chance of adding to his tally after they were brushed aside 2-0 by SuperSport United.