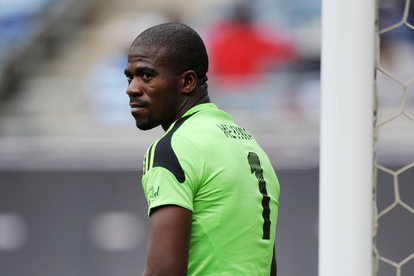 Looking back at the former goalkeeper’s death during a recent chat on the MacG Podcast, Mhlongo says the team hardly received adequate counseling.

“There was a very difficult period that we went through, especially around the period when we lost uSenzo [Meyiwa],” Mhlongo said.

“We didn’t get enough time to deal with that. We probably had one therapy session. I just wanted to go get a bottle and drown my sorrows.

“Footballers realised it’s better when we go as a group. It’s either we are celebrating or consoling ourselves.

“We felt that we are the only ones who understand each other and what we are going through right now,” the former Orlando Pirates number one added.

PIRATES TO PLAY THREE FIXTURES AFTER THE SEASON ‘ENDS’

Meanwhile, Pirates will see the Premier Soccer League ‘finish’ this weekend before the mighty Bucs have their own final finishing in June.

Playing the CAF Confederation Cup final on Friday night in West Africa means that the Soweto giants will not be involved in the PSL finale this weekend.

With the added CAFCC fixtures throughout this season, the Soweto giants have been left with three games in hand. Read the full story here.