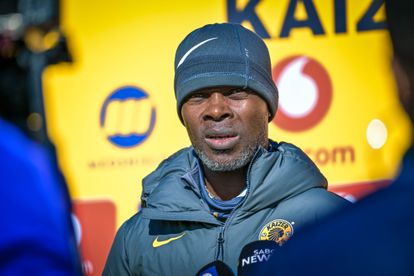 Kaizer Chiefs‘ doctor’s rooms are very busy this week as the team prepares for their final DStv Premiership Soweto derby match of the season against Swallows FC on Saturday, 21 May.

The list of Kaizer Chiefs casualties is a long one sadly for supporters of the Soweto giants.

S’fiso Hlanti and Lebogang Manyama are still out due to the long-term injuries they suffered earlier in the season. They were recently joined by Keagan Dolly and Samir Nurkovic in the last two weeks.

This week the doctors have had to attend to Leonardo Castro who picked up an injury in the game against Sekhukhune United on Saturday and Siyabonga Ngezana who is out with a hamstring injury.

Midfielders Kgaogelo Sekgota, Nkosingiphile Ngcobo and Sabelo Radebe did not train due to bouts of flu.

Added to the team’s injury woes is Cole Alexander’s suspension.

He will miss the last match of the season after picking up a fourth yellow card last Saturday.

Kaizer Chiefs will monitor those players ahead of pre-season

The above 10 players will be closely monitored to ensure that they recover well ahead of the pre-season training.

Kaizer Chiefs need nothing less than victory over Swallows – and other results to go their way – to stand any chance of playing in CAF African competition next season.

For Swallows the match is possibly even bigger as they face relegation should they lose and on-form Baroka FC pick up a draw – or win – in their final clash away to Maritzburg United.