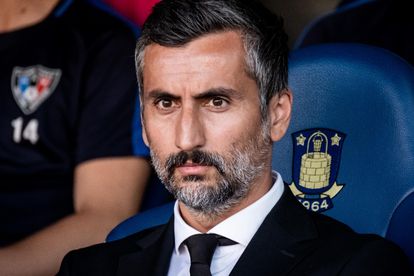 A recently axed Orlando Pirates goalkeeper has been given a new role at the club!

According to reports, the Buccaneers have given Wayne Sandilands a coaching role in their youth structures.

Sandilands, 38-years-old, was released by the club at the end of last season.

He made a total of 80 appearances for Orlando Pirates since joining the club in 2017. Sandilands kept 35 Cleansheets for the Buccaneers.

“Wayne will be coaching the young guys. That is where he has to start.” an Orlando Pirates insider told Citizen.

“But, the ultimate goal is to be working with the seniors. It just that he has to go on the coaching courses first. Once he has his badges he will be promoted to the senior team.

“He can’t wait to start, he is really excited about this new role because it is something that has always in his mind.

“He is eager to learn and wants to make a mark in football. If you remember well last season, he was the one who was training the goalkeepers after Andrew Sparks left Orlando Pirates.

“He is someone who is very determined that is why he has been given this role. He has the support and everyone just wants him to succeed because they know how badly he wants IT.”

In other goalkeeping news, a former Kaizer Chiefs star could soon find himself at arch rivals Orlando Pirates!