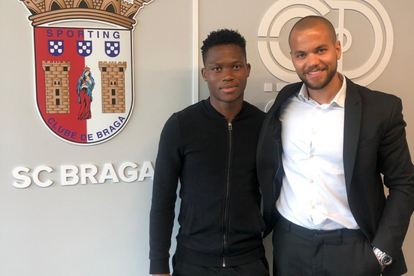 Kaizer Chiefs are about to secure their NINTH signing! Transfer agent Mike Makaab confirmed the latest star coming to Naturena – somebody every Amakhosi fan wants!

Makaab has just confirmed Amakhosi’s latest deal – and the good news is that this player is expected to be announced this week!

He is an extremely talented player that Chiefs have been pursuing for months now.

CHIEFS CONFIRM THEIR NEXT PLAYER

Makaab confirmed the latest negotiations between himself and Kobamelo Kodisang, and SC Braga.

“I can categorically state to you that the only club we have engaged in South Africa is Kaizer Chiefs and that is the status as it stands right now,” Makaab stated on Goal.

“We are progressing, but most importantly, we have to overcome the hurdles of our decisions with Braga. We are hoping that in the next two to three days that discussion will escalate to a point where a decision will be made.” He added.

Meaning, a final decision could be made in the next few days. However, despite these hurdles Makaab is confident that he will be bringing the star to Naturena.

He would become the eight official signings and the NINTH newly contracted Amakhosi star.

Kodisang is one of the most promising players that Amakhosi could sign.

We have reason to believe he could be announced as Amakhosi’s ninth signing this week, fingers crossed Amakhosi!