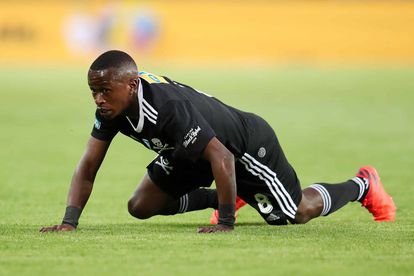 Orlando Pirates and Kaizer Chiefs, the two fiercest rivals and the two most successful sides in the MTN 8 meet in the semifinals of the 2020 edition of the tournament over the weekend.

The Soweto Giants square off at Orlando Stadium on Saturday, and we take a look at the players who could light up the famous derby.

Terrence Dzvukamanja: Of the new signings at Orlando Pirates, one player who has stood out is the former Bidvest Wits forward, who was the first to get off the mark in the club’s colours when he headed in against Cape Town City in the quarterfinals.

Wayde Jooste: Another new face who has hit the ground running is the right-back who, however, heads to the game under an injury cloud, having missed Pirates’ midweek league outing.

Should he feature on Saturday, the former Highlands Park man could be an ever-present menace on attack, while being more than competent on defence.

Siphesihle Ndlovu: Undoubtedly the stand-out Orlando Pirates player this season, Ndlovu also did not feature against Stellenbosch on Wednesday.

The versatile playmaker finished the last season with two consecutive man-of-the-match performances, and continued where he left off in the Buccaneers’ season opener, collecting the accolade once more.

Gabadinho Mhango: Last season’s golden boot winner has only found the net once in the new campaign, and will be desperate to add to his tally in the biggest fixture in the local calendar.

In three Soweto Derbies, the Malawian international already has two goals, and it was against Chiefs where his impressive goal-scoring streak began in the 2019/20 campaign.

Lebogang Manyama: The last man to score in the Soweto Derby will be key to Chiefs’ chances against their bitter rivals.

After regaining the form that saw him rated as one of the best players in the country, Manyama will be a creative force in the Amakhosi midfield.

Daniel Akpeyi: Manyama’s strike in the most recent derby was not the only difference between the two sides, with the Nigerian international putting on what was arguably his finest performance in Chiefs colours.

Now back from injury, and already with a clean sheet under his belt, Akpeyi is likely to get another start on Saturday afternoon.

Khama Billiat: After a lacklustre campaign last time around, Billiat is another player who looks to be regaining the form of old.

Already with two assists, albeit from set-piece situations, the Zimbabwean international is expected to be a threat once more at Orlando Stadium.

Reeve Frosler: The former SA youth international has reunited with his old mentor Gavin Hunt after establishing himself as one of the best fullbacks in the country.