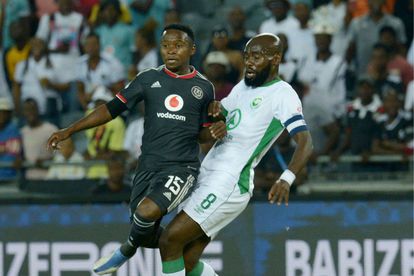 Makhaula and Ndlondlo battling it out for the ball – Photo: Orlando Pirates Facebook page

Makhaula and Ndlondlo battling it out for the ball – Photo: Orlando Pirates Facebook page

AmaZulu captain Makhehleni Makhaula says there will be other key points to focus on rather than targeting Orlando Pirates midfielder Ndabayithethwa Ndlondlo in the MTN8 final.

Usuthu will clash with the Buccaneers in a match that will be staged at the Moses Mabhida Stadium in Durban on Saturday.

Ndlondlo signed for the Sea Robbers from Marumo Gallants on the last day of the recent Premier Soccer League transfer window.

He has quickly adapted to their style of play and was influential in their journey to the MTN8 final particularly when they eliminated Mamelodi Sundowns in the semi-finals.

Knowing the aggression of Usuthu captain Makhaula, one would expect an interesting battle in the midfield during the final.

However, the skipper says there are other “key points” they will focus on in order to triumph.

ALSO READ: WHEN WILL THE DSTV PREMIERSHIP RETURN?

“I’m not gonna target Ndlondlo, there are so many players that I can target,” Makhaula told the journalists at AmaZulu Media Open Day.

“So, I’ve got my own plan also which I would like to share with the guys, there are key points which I’ve seen on Saturday that we can use against them.

“It’s really gonna be important to share with the guys.