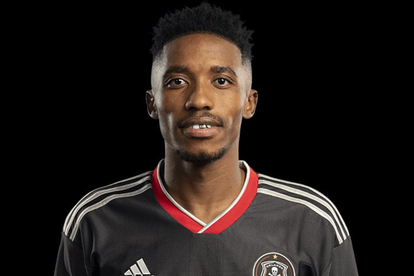 AmaZulu FC head coach Romain Folz says they won’t have a special plan to contain in-form Monnapule Saleng when they take on Orlando Pirates in the MTN8 final on Saturday.

‘Fohloza’ picked up his first win at the 10th attempt since he arrived in South Africa after Usuthu downed Stellenbosch FC 1-0 in the DStv Premiership on Sunday.

AmaZulu knocked Kaizer Chiefs out of the MTN8 to advance to the final while the Buccaneers saw off Mamelodi Sundowns in the semi-finals.

With Saleng having been in sublime form recently, Folz admitted they’re aware of his qualities, but insisted they won’t have a special plan to stop him.

ALSO READ: ARTHUR ZWANE ON WHY HE WASN’T WORRIED ABOUT HIS JOB PRIOR TO SOWETO DERBY

FOLZ NOT CONCERNED ABOUT SALENG

“We treat every team, every player with the same level of attention and I would the same of overall focus,” Folz told the journalists at AmaZulu Media Open Day.

“You’re aware of few individuals within the team but you don’t put your entire game plan and the entire focus in one or two, he’s a good player.

“There are other good players just like we have the players, so as much as we know what they have, I think they know what we have and as I said it’s gonna be a good be match between two good teams.

ALSO READ: WHEN WILL THE DSTV PREMIERSHIP RETURN?

The match will be take place in front of a capacity crowd at the iconic Moses Mabhida Stadium on Saturday, 5 November at 18:00.