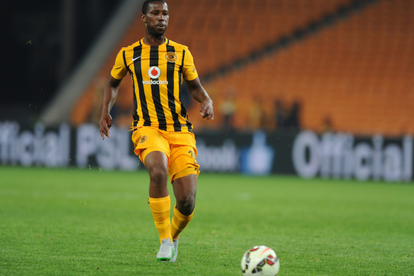 Kaizer Chiefs once had a striker by the name of Bongani Ndulula, though he had first enjoyed a stint at Soweto enemies Orlando Pirates.

FORMER KAIZER CHIEFS STAR CLAIMS HE WAS A VICTIM OF WITCHCRAFT

Speaking to TK via the TK Solutions Channel on YouTube, Ndulula, aged 32, was asked to suggest the reasons why he was always injured in the PSL?

“It is tough, it ‘s tough in football,” the player from Aliwal North, Eastern Cape said.

“They bewitch you so much you end up looking like you can’t play football at all.

“Do teammates bewitch each other?” TK asked in astonishment.

“You get bewitched by the one sitting next you,” Ndulula said.

“The bewitching will make you miss the ball on the line. You end up asking yourself how it happened.

HOW TO PROTECT YOURSELF

The former Amakhosi, Pirates, Chippa United, and AmaZulu star was then asked if the only way to guard yourself against the alleged evils is prayer?

“Yes… but most of the time you notice it once the damage has been done,” the former Bafana Bafana striker, who was much loved by Shakes Mashaba, added.

“At AmaZulu…my foot was in endless pain. Once I put on soccer boots and step on the pitch, the pain would start under my foot.

“Pain under the foot? How is that possible? The pain would only vanish when I put on my normal shoes after the game.

“I used to put a sponge inside the boot [to alleviate the pain].

“So how did it all end?” TK asked the player who was known as “Drogba”

“I spoke to my teammate [Sadat Ouro] Akoriko, from Togo. I told him what was happening to me and what followed was a miracle.

“He spoke to his people back home in Togo. Those people told him exactly what was happening to me, they told him all the way from Togo via phone.

“They promised I would be fine and prayed for me. That was exactly what happened and I healed,” Ndulula added.

Bride abandoned on day of wedding goes ahead with celebration

Want to access your pension fund? There’s some bad news…