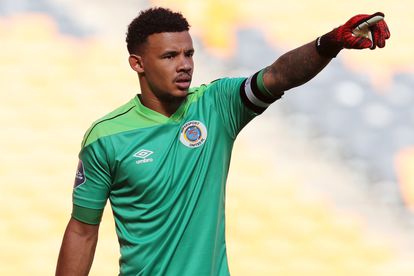 Kaizer Chiefs and Orlando Pirates have set their eyes on some top players as the Soweto giants look to correct their mistakes from the January transfer window.

MUST-READ: ORLANDO PIRATES: MANDLA NCIKAZI OR FADLU DAVIDS? WHO IS THE ‘REAL’ COACH?

BREAKING NEWS: ORLANDO PIRATES IN HOT-WATER WITH THE PSL!

The Soweto giants are looking to revamp their squads after failing to sign any players during the recent January transfer window.

Now, they are looking to bolter their side’s and these are the players they are targeting:

READ | ORLANDO PIRATES: LIFE-CHANGING UPDATE ON PASEKA MAKO – WILL HE EVER PLAY AGAIN?

Pirates are after Bafana Bafana captain Ronwen Williams according to recent reports.

He is not the only goalkeeper that the Bucs are in pursuit of with TS Galaxy goalkeeper, Melusi Buthelezi attracting attention from the Soweto giants.

Finally, Pule Mmodi is in Pirates’ books a well as Mamelodi Sundowns, according to Goal.

The Bafana Bafana international ha been in fine form. Therefore, he has attracted a lot of attention.

Amakhosi will be letting go of several players in the next few months.

Samir Nurkovic, Leonardo Castro, Lazorous Kambole and Bernard Parker are all currently on their way out of Naturena. Nurkovic has not offered the consistency Chiefs and Kaizer Motaung desire going forward.

Chiefs are in need of a prolific goal-scorer capable of netting double-figures each season.

There are several option they could consider with the likes of Bradley Grobler coming to mind. He has failed to find the clinical finishing that saw him win several Lesley Manyathela Golden Boot awards.