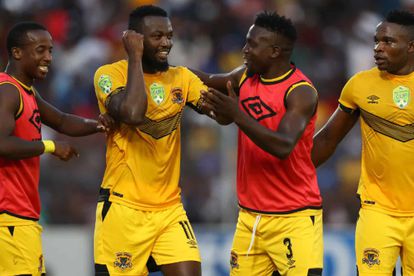 Black Leopards welcome Highlands Park to the Thohoyandou Stadium on Saturday with both sides still in search of their first PSL win of the new season.

The hosts have started the campaign with back-to-back 1-0 defeats.

Eric Matoho scored the only goal as Kaizer Chiefs saw off their Limpopo opponents at Durban’s Moses Mabhida Stadium.

It followed an opening weekend derby defeat at the hands of Polokwane City.

Highlands Park also went pointless in the first round of fixtures, slipping to a dramatic 3-2 loss at home to Kaizer Chiefs.

Peter Shalulile was the hero the following Friday, though, with his injury time goal snaffling a point away to Maritzburg United despite a red card for Luckyboy Mokoena.

The Johannesburg club have since reached the MTN8 semi-finals for the first time, with a 1-0 upset of Orlando Pirates sealing their place in the last four.

Coach Owen da Gama has been left with a price to pay for success on the injury front, as his slender squad is stretched early in the season.

Lindokuhle Mbatha, Limbikani Mzava and Makhehleni Makhaula all went off injured during the cup action.

Da Gama reflected: “It’s unfortunate because we don’t have a very big squad – Mzava has a serious injury, Mbatha got eight stitches and Makhaula also has a serious Achilles injury, so I just feel for them because they’ve worked so hard to get into the team and now it’s injuries.

“But that happens in football, injuries are part of the game.”

Leopards coach Lionel Soccoia has overcome his own availability issues for the clash, with his red card from the Polokwane City game rescinded by league chiefs.

It leaves Lidoda Duvha with a full complement in the technical area, providing rumours surrounding the future of the coaching staff prove unfounded.

Prediction: Black Leopards are in dismal form and with Highlands Park holding the upper hand head-to-head, it’s hard to see the hosts pouncing on this. Highlands Park to win by at least one goal.