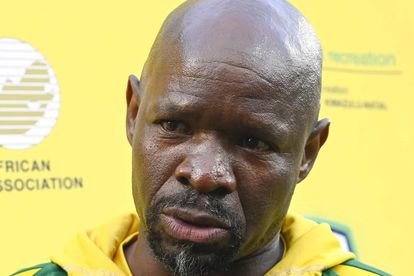 Golden Arrows and Chippa United meet in the PSL on Saturday, with both sides keen for a nudge up the table to build on their promising starts.

This weekend’s hosts kicked off the new season with a 1-0 victory at home to Maritzburg United, with Michael Boy Gumede striking just after half time.

Admittedly less positive was the thumping 5-0 defeat that followed at Bloemfontein Celtic.

Coach Steve Komphela described the unhappy return to his former club as: “One of the most difficult and embarrassing matches to understand because of the outcome.

“The team performed very well creating numerous opportunities only to be denied by the goalkeeper.

“The biggest challenge is to learn from this result and work on the players’ confidence and morale.”

Chippa United come into the contest with something of a clean slate, after a pair of draws to start the new campaign.

One was more pleasing than the other, following a drab goalless opener against promoted Stellenbosch FC at the Nelson Mandela Bay Stadium.

Ten days between that comeback and their next appointment has given coach Gavin Larsen time to think, ahead of the trip to the side that fired him last year.

“I see the time off as a good opportunity for more time to train together‚” he said.

“The breaks allow us to work on things that ordinarily we would not find the time to do.

“I feel there is always work to be done on the training field.”

With their hosts also coming into this one rested after a two-week break in league action, it’s time to see who can summon the spark to kickstart their Absa Premiership season at the third time of asking.

Prediction: A tricky one to call, but we’ll give Golden Arrows the benefit of the doubt and say they’ll sneak the win… just.