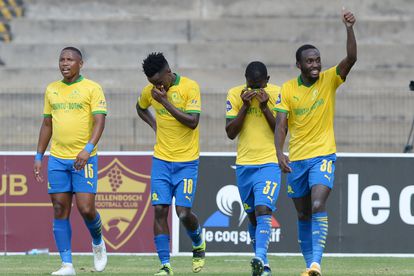 Mamelodi Sundown leads the list while Orlando Pirates, Kaizer Chiefs and SuperSport united each have representatives on this prestigious list.

The Brazilians lead the way due to their recent dominance of the DStv Premiership, after securing back-to-back titles.

Here are your five most valuable players in South Africa’s Premier Soccer League:

Shalulile deservedly leads the pack as the most valuable player in the DStv Premiership after securing the PSL Player of the Season for the 2020/21 season.

The Namibian forward bagged 15 goals last season. Proving his worth as a prolific goal scorer capable of turning chances into goals. This is the difference between title contenders and champions, converting pressure into goals.

It is fitting that the best player of the season is the most valuable.

Zwane is South Africa’s most valuable player. He was last year’s PSL Player of the Season and was also shortlisted with Shalulile and Kutumela again this year.

READ | KAIZER CHIEFS | HOW MUCH EACH NEW SIGNING IS WORTH: PART 1: PETERSON, NGCOBO AND DUBE

The forward has created an extremely dangerous partnership with his Shalulile at Sundowns, causing havoc on attack for every defender that has to face them. Their one-two play, incredible pace and quality finish make them the most clinical and attacking duo in the whole league.

They feed off of one another and their linking play is unparalleled.

The Buccaneers captain is the most valuable Pirates player.

He is worth his weight in gold as Hlatshwayo brings tremendous experience for club and country. The 31-year-old centre-back is one of the toughest and most consistent players in the league. He is a brick wall on defense, wins frequent one on one tackles and dominates the aerial contest.

The Pirates defender gives the Sea Robbers safety and security at the back and making them an extremely tough nut to crack at the set-piece.

Hlatshwayo has a point to prove after his surprise Bafana Bafana exclusion and the recent criticism he has faced.

The Soweto giant star equalizes for Amakhosi on the list of most valuable players in the PSL. He is worth roughly the same amount as Hlatshwayo.

Billiat used to be a menace on the ball for Sundowns and hasn’t quite found the same form yet at Chiefs. Amakhosi fans have caught a glimpse of what seems to be a rejuvenated Billiat this season.

He scored against Sundowns in the MTN8 quarter-final as well as scoring Amakhosi’s first goal in this year’s DStv Premiership when he opened his account in a 2-1 win against Baroka FC at FNB Stadium.

Bafana Bafana’s newly-appointed captain makes it as the final entry on this list alongside Pirates forward Hotto, Sundowns star Moreno and teammate Mokoena.

The SuperSport shot-stopper has saved Matsatsantsa on countless occasions. The 29-year-old is flexible and has cat-like reflexes. He also reads the game very well and leads with his performances in goal.

READ | KAIZER CHIEFS | HOW MUCH EACH NEW AMAKHOSI SIGNING IS WORTH – PART 2: MABILISO, HLANTI, NANGE AND SEKGOTA

His teammate, Mokeona, is one of the most exciting midfielders in the league and at just 24, he is about to peak. Broos has seen and acknowledged his performances, calling him up to the Bafana Bafana squad for their FIFA World Cup Qualifiers

Hotto is one of Pirates biggest attacking threats, his speed out wide causes headaches for opposition defenders. Moreno is one of the best right-backs in the league, showing vision and class down the right for The Brazilians.

Sundowns players dominate the list because their team has dominated the PSL in recent years.

Kaizer Chiefs, Orlando Pirates and SuperSport United will look to disrupt Sundowns this season as well as AmaZulu and Swallows FC.