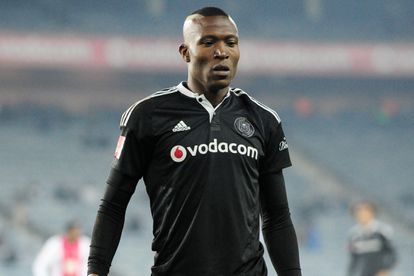 Former Orlando Pirates forward Tendai Ndoro has reportedly lost all of his assets to his South African wife, who then kicked him out their home.

READ | BIG NAMES AT ORLANDO PIRATES IN DANGER OF THE CHOP, CLUB LOOKING TO CRACK DOWN ON ILL DISCIPLINE

Ndoro, who was known to live a flamboyant life together with wife Thando Maseko seems to have now lost all that luxury if recent report are to be believed.

The couple were known to live luxuriously

Ndoro and Maseko were known to live together in a luxurious home in the Kyalami Estates in Johannesburg. Kyalami Estates is a secure residential estate with 24-hour controlled access, recreational parks, a dam, tennis, basketball, netball and squash courts, outdoor gyms, a soccer field among other amenities. The estate is well maintained and enjoys continuous upgrades to common areas.

Now according to Zimbabwean publication B-Metro, Ndoro had a fall out with Maseko who then went on to kick the former Zimbabwe international out of their home and seize his all of his assets in the process, including their cars.

How Maseko was able to seize the assets

“It appears Ndoro’s property in South Africa is not registered in his name so when things were not going well with his wife, he was kicked out of their Kyalami Estate home. The biggest mistake he made was not registering the house and cars in his name and that will be his downfall.

READ | KAIZER CHIEFS AND ORLANDO PIRATES IDENTIFY SAME MIDFIELD TARGET, BUT WHO WILL GET HIM?

“Ndoro’s family in Bulawayo are distraught about the situation because it can’t be easy to watch their son lose everything he worked hard for in South Africa and Saudi Arabia to his estranged wife,” said what the publication described as their “trusted sources”.

According to the same publication, Ndoro and Maseko are not a couple new to controversy. The two had a fallout that resulted in the footie spending several days in jail over domestic violence allegations.

He allegedly choked her and threw a TV at her during a fight that apparently stemmed from a fake marriage certificate. The fake certificate reportedly states that Ndoro and Maseko were married on 20 September 2017, even though their actual wedding day is said to have been in December of the same year.