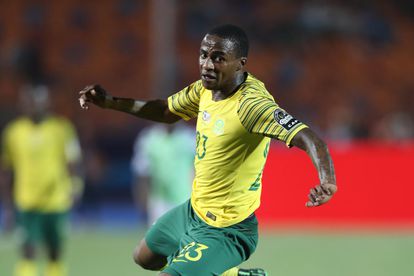 Thembinkosi Lorch has been named in Hugo Broos’ 23-man squad for the upcoming AFCON qualifiers.

Kaizer Chiefs midfield stalwart Phathutshedzo Nange has also been included in the group.

Broos has named plenty of attacking options in the group with the likes of Fagrie Lakay, Bongokuhle Hlongwane and Khanyisa Mayo joining Lorch, Evidence Makgopa and Percy Tau in the group.

Bafana Bafana will face Morocco on 9 June in Rabat for their opening Group K clash ahead of next year’s showpiece in Côte d’Ivoire, with the second clash against Zimbabwe having been cancelled following the a FIFA ban handed down to the Warriors.

Liberia complete the qualifying group which will see just one team miss out on a spot in the Ivory Coast.

Letsoalo, who is the top-scoring South African in the DStv Premiership this season – having scored the most goals behind Namibian international Peter Shalulile, has been left out.

Clubless defender Siyanda Xulu, Kaizer Chiefs attacker Keagan Dolly miss out on the group with the latter picking up a knock at the end of the season.

After missing out on the 2022 World Cup by the barest of margins, Broos is determined to guide Bafana Bafana to a major championship. His job also likely depends upon it.