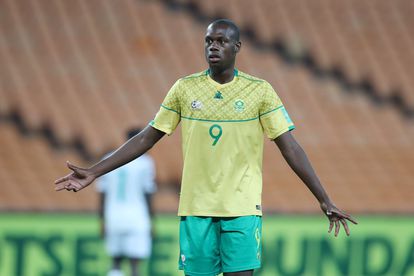 With just a few days between the games and some distance to travel, Hugo Broos has likely already settled on his Bafana Bafana starting XI for their home match against Ethiopia.

Here we look at how South Africa could line up against Ethiopia on Tuesday 12 October 2021.

After an immense performance in goal in Saturday’s match, Ronwen Williams will be the first name on Broos’ teamsheet without any doubt.

Broos should show faith in Terrence Mashego after a steady if unspectacular debut for Bafana Bafana at left back, he grew into that game and would benefit from another 90 minutes against the Walias.

Nyiko Mobbie switched flanks for the last match and was probably the best player in Broos’ backline.

Watch: Bafana Bafana beat Ethiopia – all the goals and highlights

Despite some shaky moments Broos is likely to keep faith in Rushine de Reuck and Siyanda Xulu with the latter establishing himself as the leader of this defensive unit.

Mothobi Mvala and Teboho Mokoena were South Africa’s best players in the previous match and losing either would be a major disruption to the way the team sets up to play.

After coming on as a sub for Ethan Brooks, who looked out of his depth as the link man, Yusuf Maart has surely done enough to earn himself a start in the same role when South Africa look to complete a double over Ethiopia.

Victor Letsoalo is another player who deserves a start, having struggled to find the pace of the game when coming on as a sub.

Bongokuhle Hlongwane should retain his place in the team but is likely to shift out to the right to accommodate target-man Evidence Makgopa as the central striker.